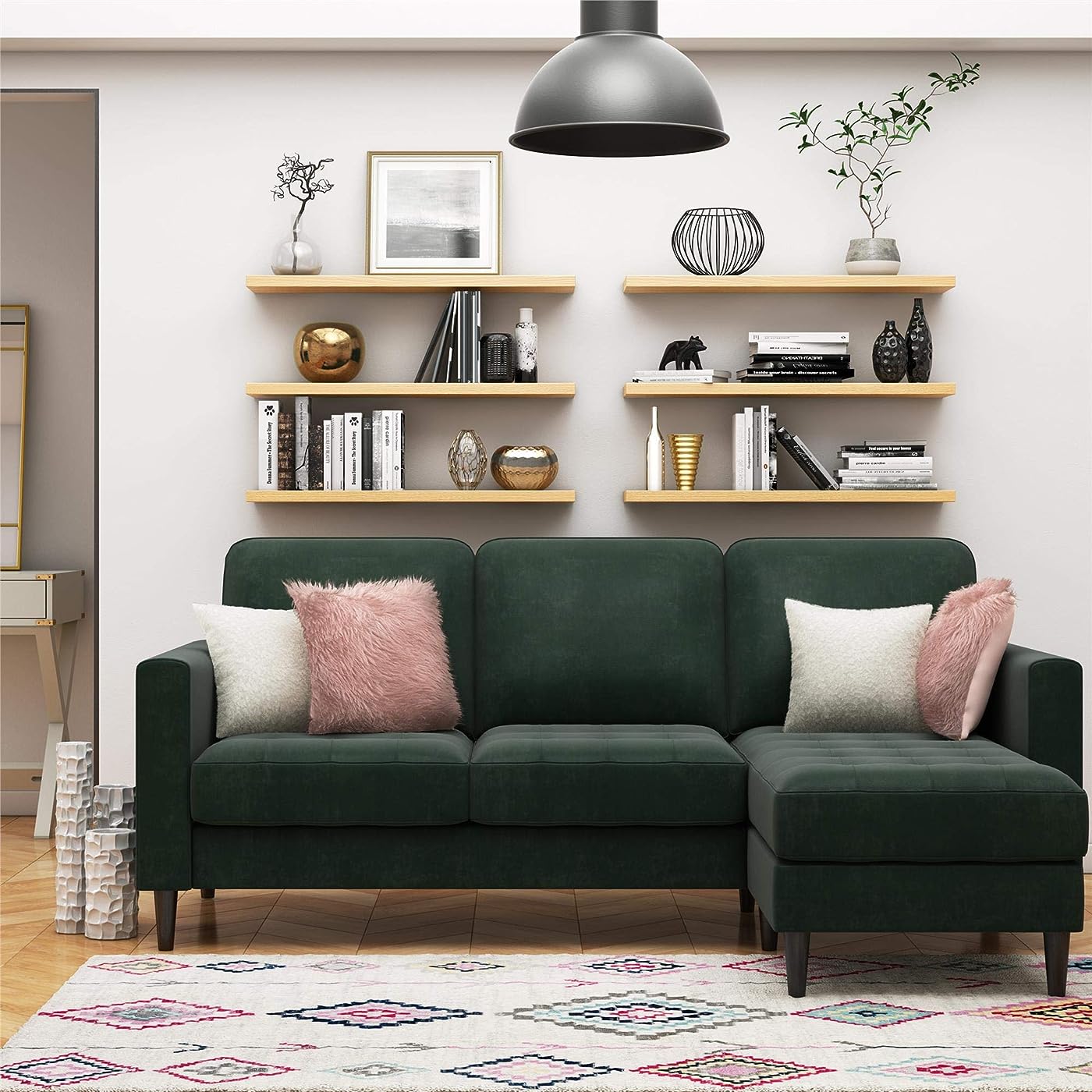 Checking for product changes
$694.36 Why this price?

Free shipping on this product
Availability: In Stock.
Fulfilled by Amazon
Arrives Sunday, Jan 23
Order within 16 hours and 29 minutes

Color:Green Glamify your sanctuary with the CosmoLiving Strummer Sectional Sofa. Covered in lush green velvet upholstery, the sofa is perched on sleek contrasting black wooden legs for durability. Here are the deets: the Strummer’s compact interchangeable design features a fab floating chaise that can be positioned on either side for full on versatility and comfort. With its narrow mailbox arms and modern tufting, this sectional gives us all the vintage glam vibes. Run, don’t walk to make our CosmoLiving Strummer Sectional Sofa the fiercest new addition to your space.