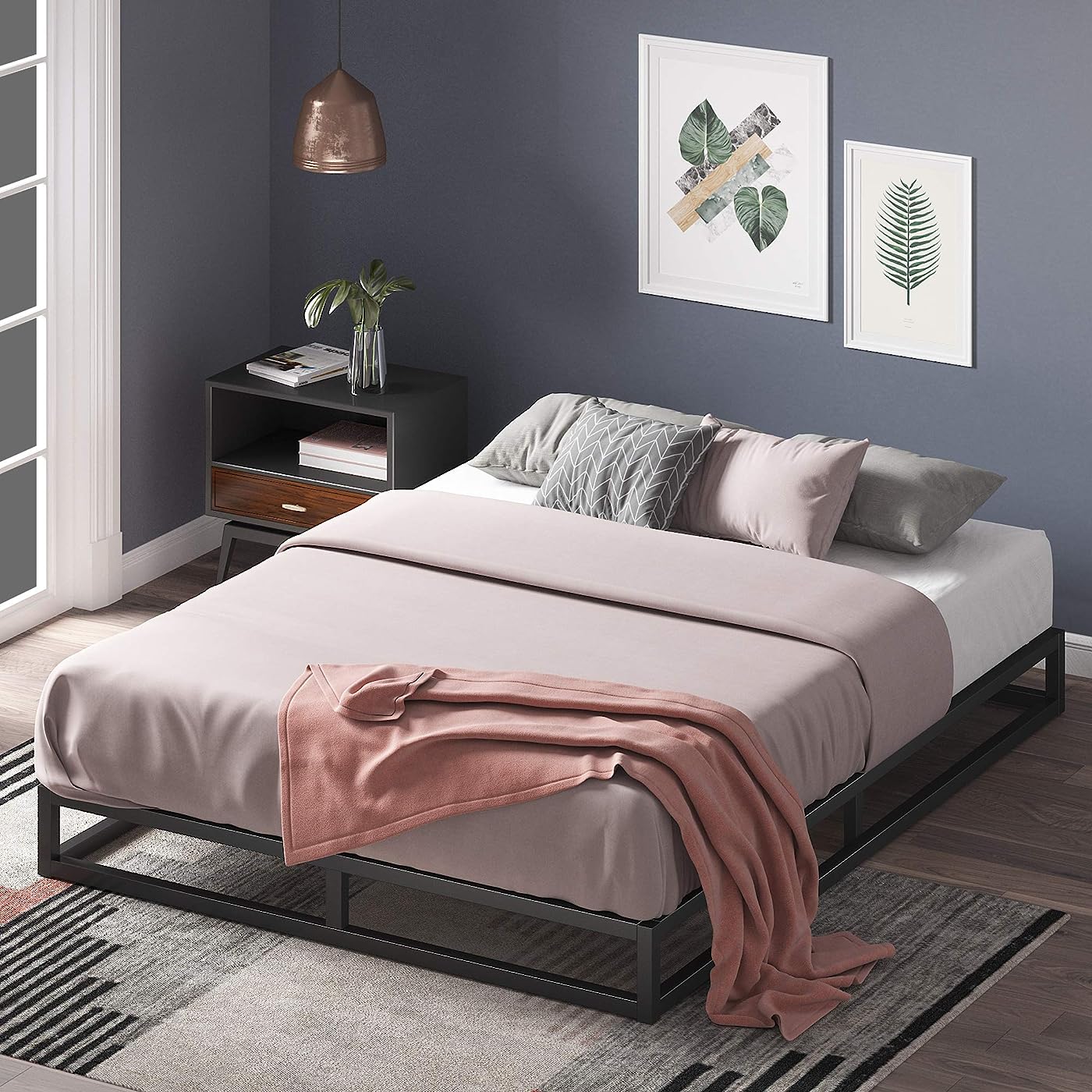 Free shipping on this product
Availability: Only 10 left in stock, order soon!
Fulfilled by Amazon
Arrives Saturday, Jun 4
Order within 13 hours and 24 minutes

We like to call the Joseph Platforma Bed’s style “functional minimalism”. With a design that’s simplistic yet practical, this foundation is more useful than it looks. Available in a variety of profile heights, you can definitely find one that suits your preference and your mattress, whether you like to sleep high or low. And all that strongly supported open underbed space means you have a place to store your extra boxes, pillows, linens, shoes...the possibilities are really endless! Engineered with both a thick steel frame and a wood slat platform, this trusty foundation is built to support your memory foam, latex or spring mattress like no other, and without the need for a box spring. Delivered with all tools and instructions for simple setup and a 5-year worry-free warranty, a structure this solid and highly rated will let you snooze confidently for many nights to come.

If you place your order now, the estimated arrival date for this product is: Saturday, Jun 4
Yes, absolutely! You may return this product for a full refund within 30 days of receiving it. 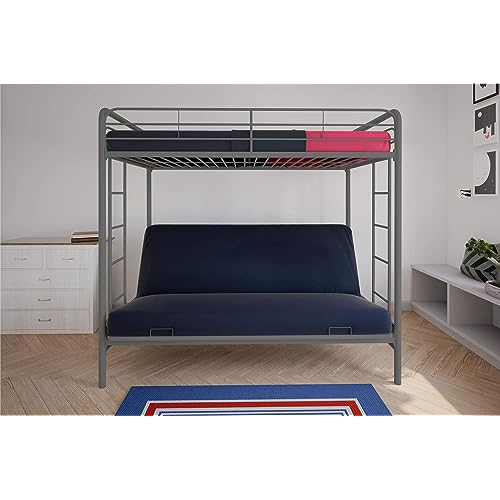 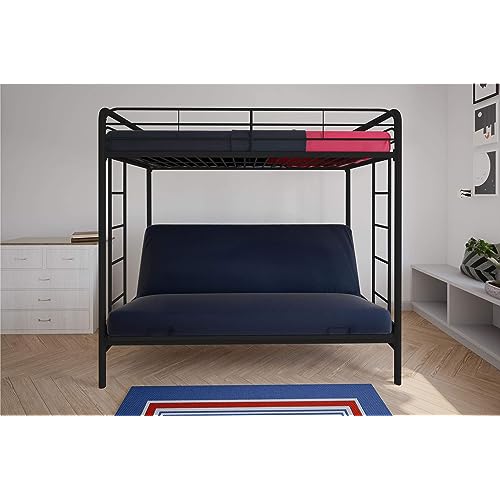 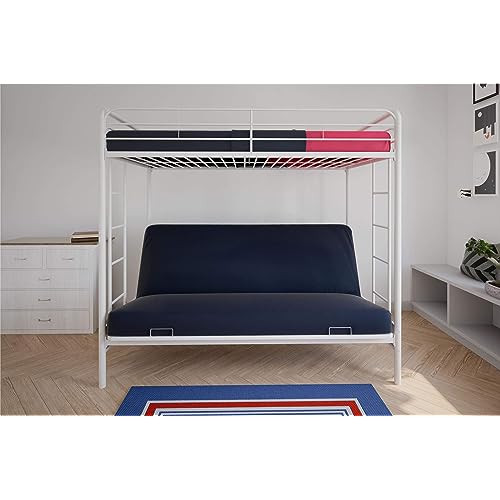 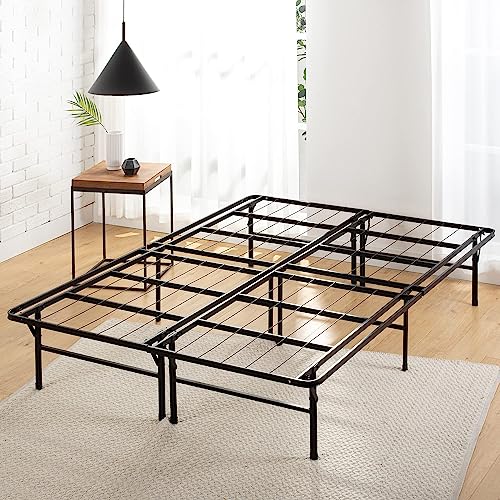 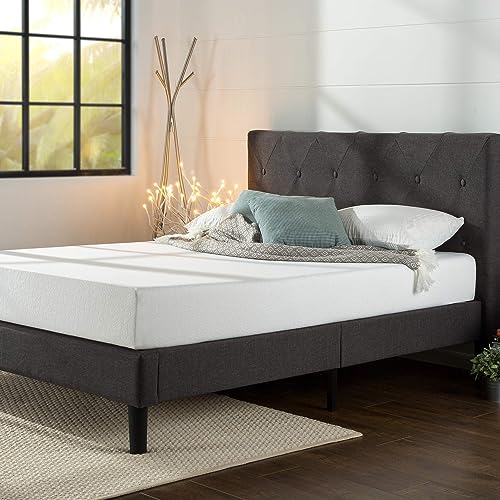 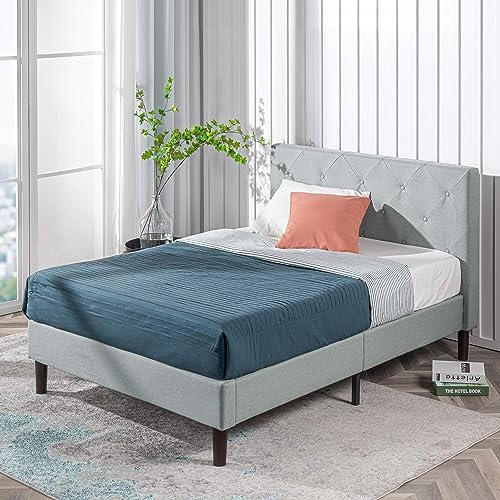 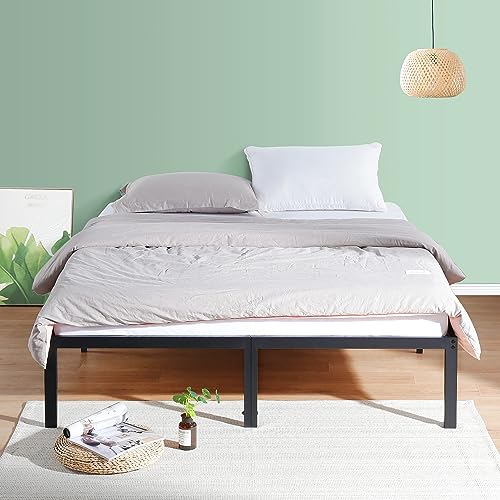 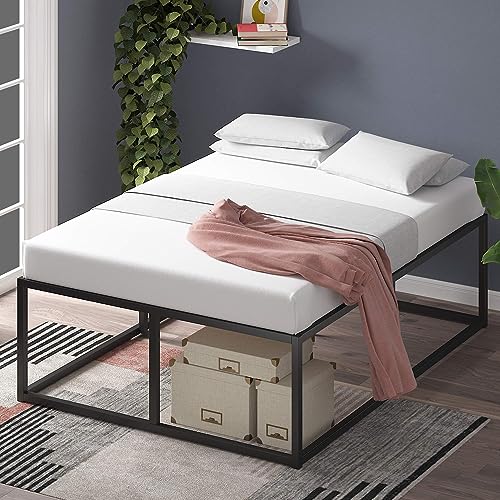 It was so easy to put together!

Center support bar legs require constant adjustment and is not holding up. Not worth the money. 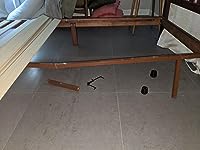 We (the two people and the dog who sleep in this bed) collectively weigh less than 300 pounds. Shortly after purchase, the foot of the leg in the middle of the bed began slipping out of place, allowing the metal bar that runs down the middle of the bed, and therefore the mattress ,to sag. I regularly had to lift the mattress to readjust the leg. Soon enough, the feet of the other two legs that are also attached to that center bar also began to slip out of place and require readjustment as well. By now the center bar itself is sagging, even with the bed empty. It's harder and harder to get the legs back in place - it's no longer even a one person job. AndI'm not sure how much longer the center bar will last, without snapping where it is bowed, or without managing to pull the rest of the bed down with it. It doesn't seem possible to replace that one part of only. This frame was one of the few that I liked at this price point but I would have spent more knowing the amount of time I would need to spend fixing it or the short time in which it would need to be replaced. (The picture is trying to show the extent of the sag in the center bar.) ... show more
show less

Good frame, solid and sturdy. A small suggestion to the designer...

We purchased this frame to replace our tall adjustable temporarily since we have two little active co-sleepers now. The frame was very simple and quick (15mins) to assemble and thus far appears and sounds completely stable. But then again I work in structural engineering and am not your average assemblyman. I applied a tiny amount of 'Squeaks Gone' to the joints as a few on here have complained about the frame squeaking and I applied a small amount of 'Red N Tacky Grease' to each bolt. Do not use a power screwdriver or screw gun for the bolts! Use the hex wrench provided or your own hex otherwise, you will most likely strip some of the bolt holes. My only suggestion for improvement is to functional design... the frame is already invisible because of the bedding so the aesthetics of the frame are a moot point to most, you should shorten the frame by an inch all the way around, round off the corners, and taper the bottom frame to inset by another inch. When the mattress is centered, the frame sticks out about an inch all the way around and the corners further than that. I'm sure you can imagine the agony and frustration of kicking your little toes on that corner edge in the middle of the night while trying to be ninja silent, it's not good for all in the room. Seriously, if you keep your room very dark as we do, I suggest you skirt around the bed slowly with your shins rubbing the mattress for reference to avoid those corners, or else you're going to end up on the floor in a ball holding your throbbing toes while screaming into the side of the bed in a like a little school girl. ... show more
show less

I picked the 6in King sized frame because I like the low profile look (no storage space underneath but I knew that purchasing it). First impression: It arrived in a relatively light, easy to maneuver box. Excellently packed. Fool proof labeling of the parts allowed for extremely quick and simple assembly. I actually put it together alone easily. It’s exactly what I was looking for: a well rated, modestly priced but sturdy frame. Honorable Mentions that earned the 5th star: Non slip rubber patches so the mattress does move and a convenient ratchet style hex key included. A non slip tape on 2 sections of the slats to help keep mattress in place. Velcro on the frame and slats so not even the slats move!! A few spare bolts included, as well as a resealable plastic pouch for tools/spares/instructions when assembly is finished. And for the final touch- reusable thank you cards so as not to waste. This was a carefully thought out product and very much appreciated:) I will try to attach photos! ... show more
show less

Really low to the ground, so make sure that's what you want

Works well, got this because our dog doesn't do well with jumping off the bed onto hard surfaces so we wanted something lower to the ground (everyone plans their life around the dog, right?!). It's very low, so it was a bit hard to get used to sleeping close to the floor and not being able to store much under the bed. Went together easily, the only drawback is the wood slats that form the base seem flimsy. We are both good size people and have 2 large dogs that sleep with us, and no problems yet, but it makes some creaking sounds and I'm always expecting them to snap. We plan to replace it with a solid sheet of thin wood if/when that happens. ... show more
show less

I use the king size platform in an attic bedroom under a low slanted ceiling. The mattress is off the floor so it feels like an adult bedroom, and if you like the minimal style, it looks just fine. Though it feels a bit low it doesn't feel as low as I expected and average height people can sit on the edge with knees are only slightly higher than hip level. 2 adults have slept on it for about a month and there has been no creaking or shifting despite vigorous use, including children jumping on it. It is too low for any standard under bed storage bins, because the 6 inch height includes the 1 inch metal bars, so the opening to any storage limits the height of your stored object to 4 inches. But folded bedding, books, or shoes would fit. ... show more
show less

The poor craftsmanship made me have to return it.

My biggest issue was the craftsmanship. Upon assembly, I noticed a few pieces were poorly aligned when welded and affect the screw holes so I emailed customer service and got told they would send a replacement piece to the poop part. Waited a week and saw that the part hadn't moved so emailed for follow-up and was told that they were out of stock of the replacement piece so I have to go out of my way to return this unruly package instead of sending me a small piece. They were going to let me deal with this. Poor customer service and poor quality control. I'd stay away if I were you. ... show more
show less

Get bedframe, low to the ground

We bought this bed frame since it was closer to the ground, so our dog didn't go under our bed. She used to go under our old frame as a puppy, and once she got bigger would still attempt and then would get stuck. We got this bed frame so she wouldn't even think about going under the bed. Since it's low to the ground there isn't room for much storage. ... show more
show less