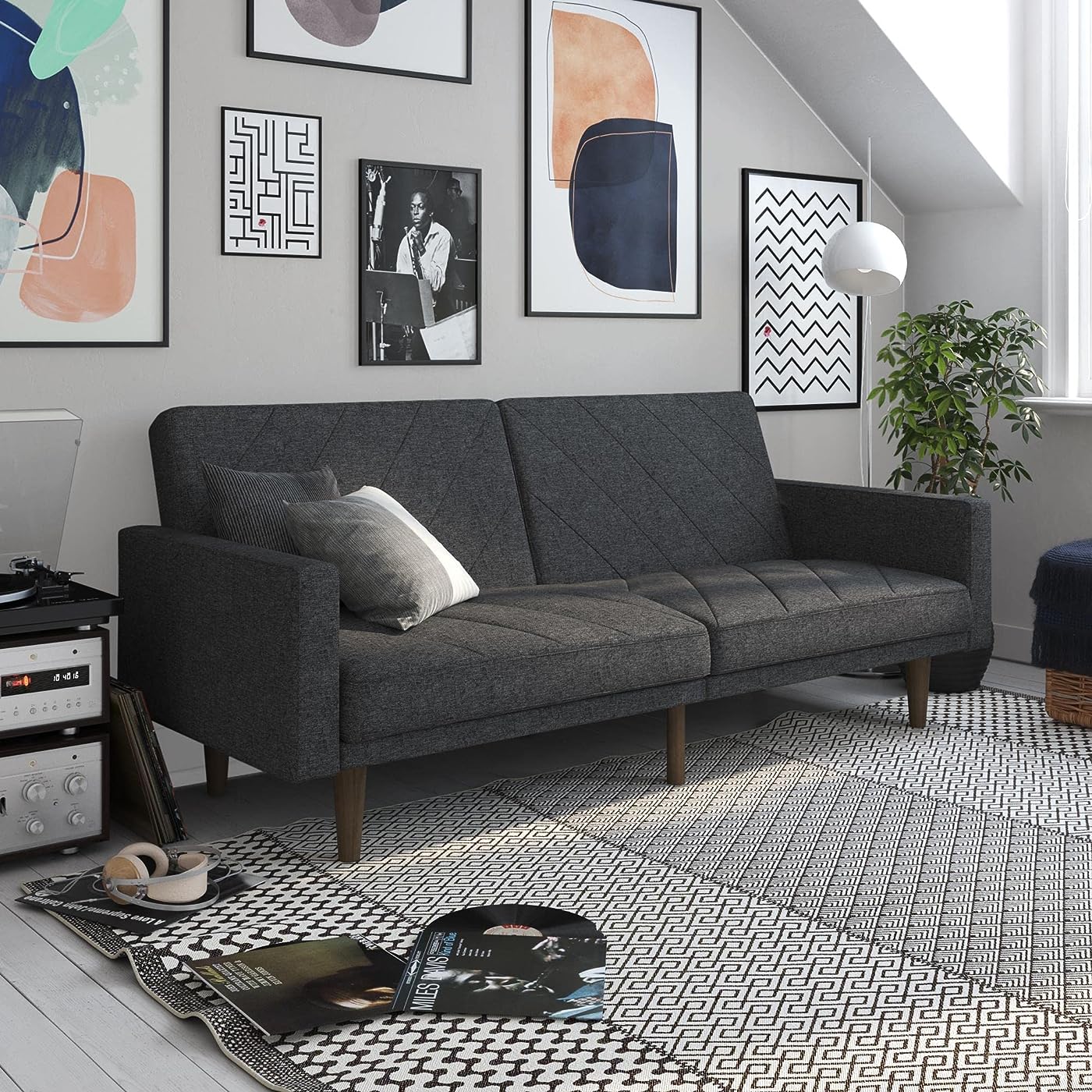 Checking for product changes
$328.41 Why this price?

Free shipping on this product
Availability: Only 3 left in stock, order soon!
Fulfilled by Amazon
Arrives Tuesday, Jan 25
Order within 20 hours and 39 minutes

New trends in furniture design are bringing back the days of bold lines, low- profile shapes and wood accents. The Paxson Futon combines all three for a look that will add a little modern retro to your home. Choose from a variety of finishes with intricate diagonal stitching—a real mid-century must-have. The rounded solid wood legs add a touch of warmth and offer plenty of extra support. Plus the split back design of this sleeper sofa is made to offer each guest their own level of comfort, from sitting up to lounging back. Or lay flat both seat back cushions to create a comfortable place for overnight guests to sleep. The Paxson is ideal for small spaces while always making a big, bold statement. We’ve also included padding under the feet so your floors will always look great.