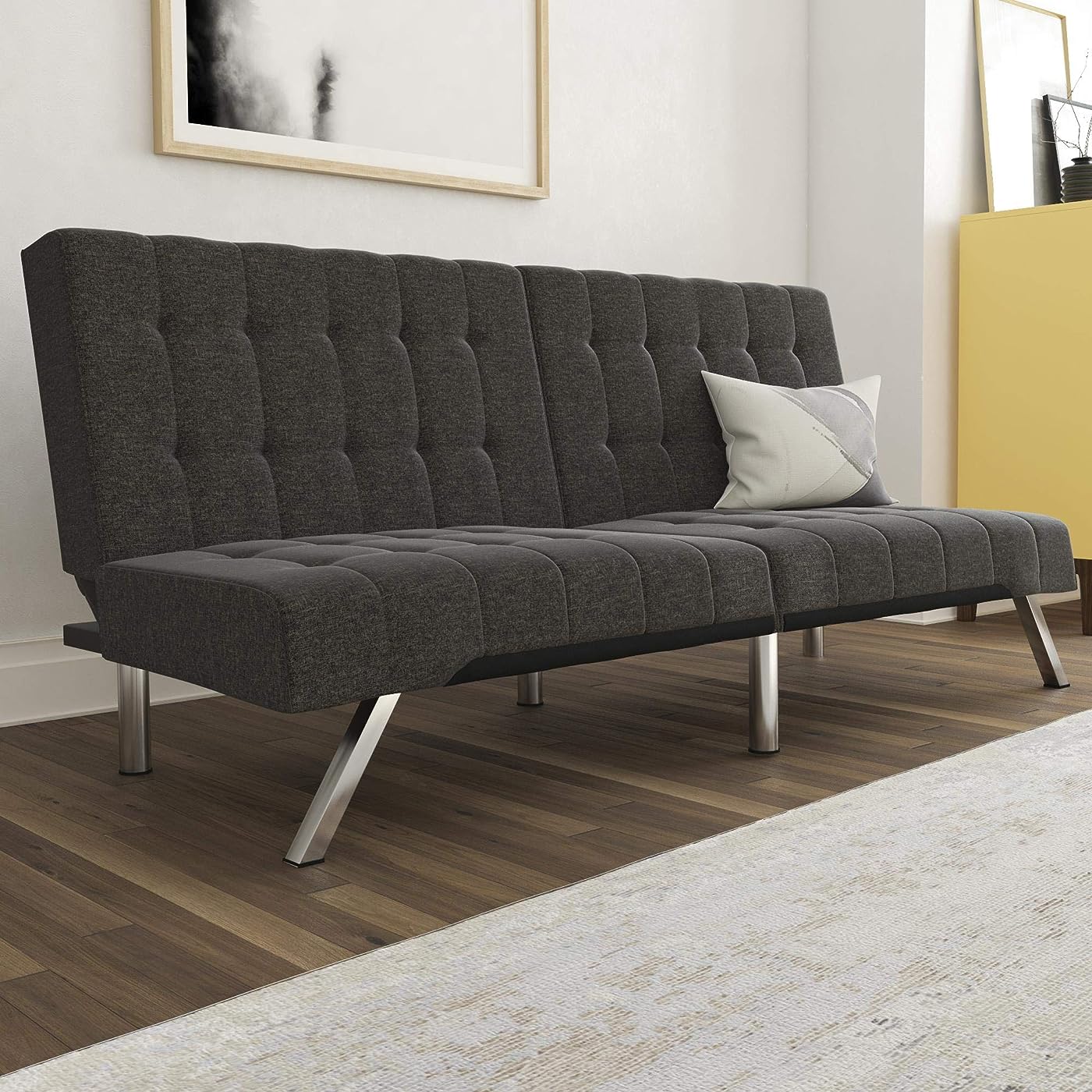 Checking for product changes
$316.96 Why this price?

Free shipping on this product
Availability: In Stock.
Fulfilled by Amazon
Arrives Wednesday, Jan 26
Order within 2 hours and 44 minutes

The Emily futon is a striking piece that blends a modern look with a low- profile style. The tufted upholstery adds a classic touch and is available in faux leather, linen and velvet in a variety of colors. The sleek slanted chrome legs add an exciting burst of shine that is perfect for any living space! Thanks to the Emily’s convenient split back, you and your guest can easily adjust the futon to your comfort level—whether that’s sitting up to chat or lounging back to watch a favorite movie. You can also lie both sides flat for a really comfortable sleeping spot for overnight guests. Its small profile means your futon can fit just about anywhere like your living room, home office and even guest room, while always making a big statement! For a truly impressive seating space and even more sleeping room, pair your futon with the Emily chair, chaise lounger and/or ottoman.