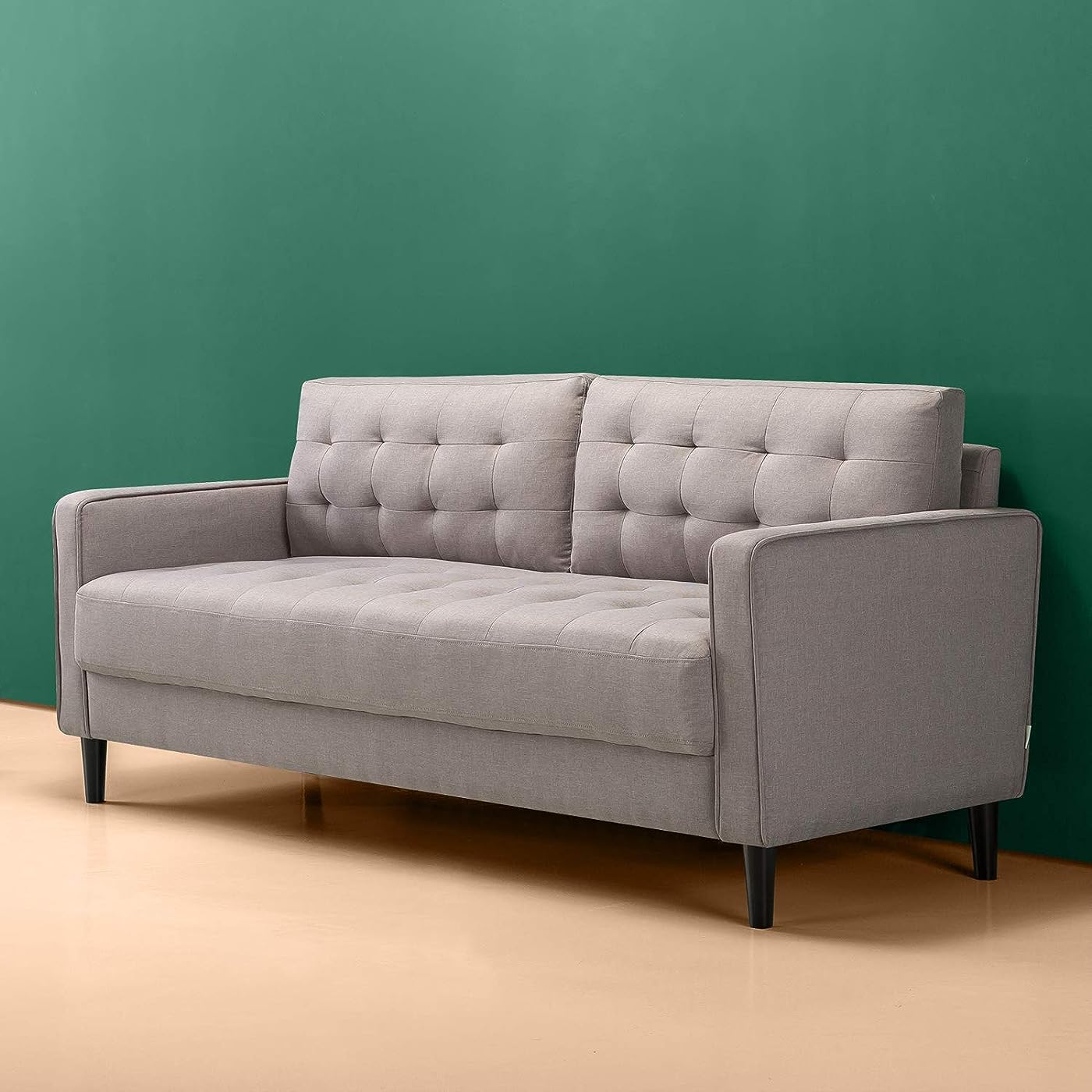 Checking for product changes
$531.85 Why this price?

Free shipping on this product
Availability: In Stock.
Fulfilled by Amazon
Arrives Sunday, Jan 30
Order within 2 hours and 55 minutes

Color:Stone Grey | Style:Sofa The Benton Sofa may be inspired by the mid- century, but we’re confident that it can bring your living area or family room’s ambiance up to date. To make this handsome piece work with your existing decor, you only need to be a fan of timeless touches, like its versatile color selection, charming grid tufting and organically curved arms. Built sturdy with dense foam and spring cushions, it features medium-firm seating that can comfortably accommodate three people (or maybe just you if it’s time for that afternoon catnap). What could make this purchase even more simple, you ask? An included one-year worry-free warranty and an assembly time that clocks in under 20 minutes. We like to think of it as confident style, all in one box.