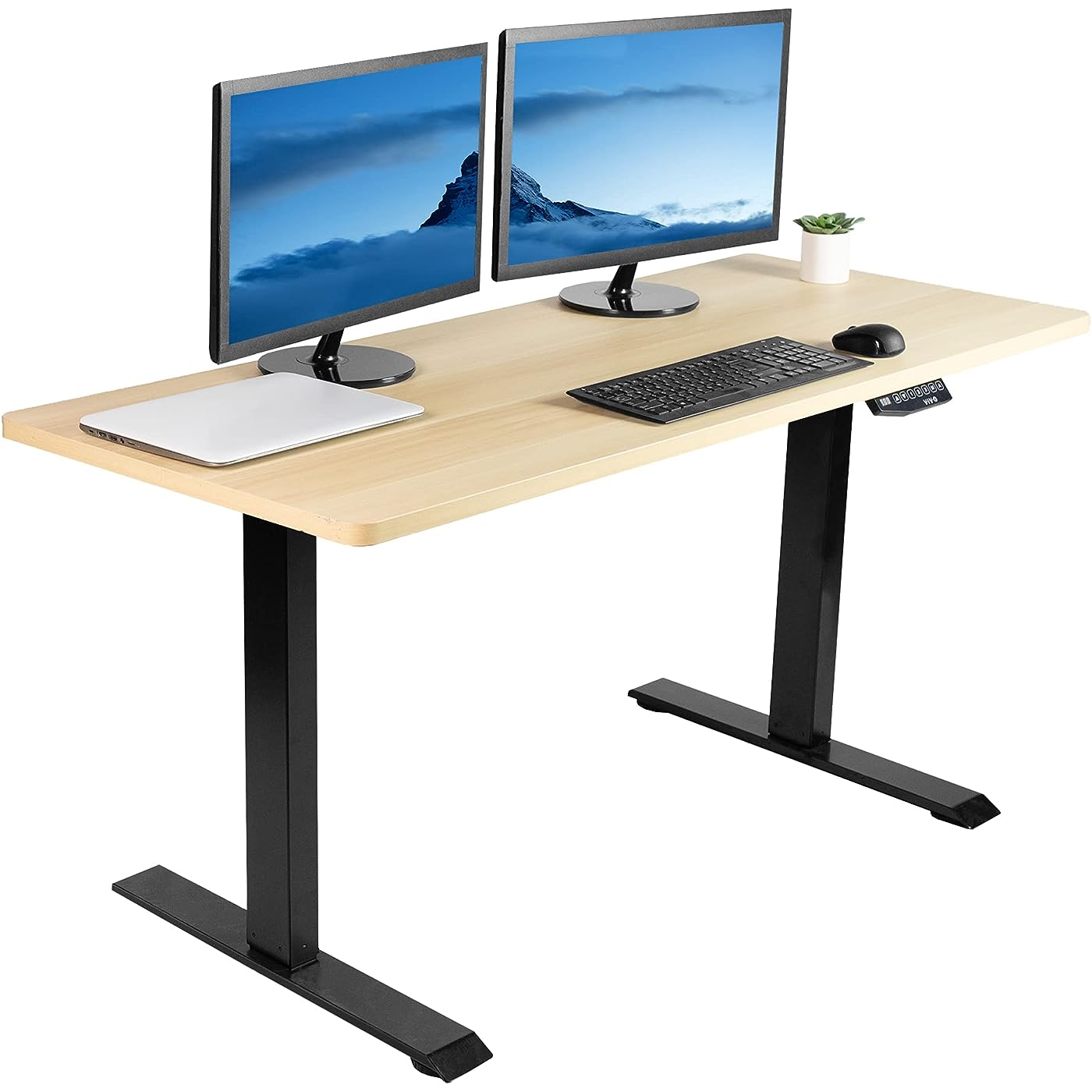 Free shipping on this product
Availability: In Stock.
Fulfilled by Amazon
Arrives Friday, Dec 10
Order within 3 hours and 42 minutes

Transform your workstation to accommodate an active work life with the Electric Standing Desk from VIVO! Finding a healthy balance between sitting and standing throughout the long work day is made possible with electric height adjustment, telescopic legs, and a simple push-button controller featuring 3 memory presets and a timer reminder. The spacious table top provides room for dual monitor setups and important supplies so you can organize your workspace to fit your preferred layout. With a frame constructed of solid steel, this desk supports up to 154 lbs and is built to last. Cable management clips keep cords and cables neatly organized and hidden from view for a tidy workspace that encourages concentration. All necessary hardware and instructions are provided, so you can get your new workstation assembled and experience your very own standing desk in no time! ᷾ COMPLETE WORKSTATION No need to worry about finding a trendy table surface and desk frame that are sold separately, hoping they fit together. This complete height adjustable workstation was created to make your search for an electric sit to stand desk easier and more convenient. The large size provides space for multi-monitor setups and important work materials. Features a solid one-piece top with no seam breaks for a smooth, even surface. TELESCOPIC HEIGHT ADJUSTMENT An easy transition between sitting and standing is made possible by a powerful, silent, and smooth single motor lift system with overload and heat protection. Adjustable feet keep your desk level and adapt to most any floor surface. VIVO Office Products Whether at home or in the office, we want you to achieve the successes in life and business that you've set out to reach. VIVO products are created to eliminate the distractions and discomfort of outdated workspaces, so you can focus on the task at hand and enjoy the work that's important to you. SPECS Material: Particle Board, SteelTable Top Dimensions: 59” x 23.6” x 1.1”Desk Frame Dimensions: Length is 33.4” to 50.7” (extends up to 53.7” when outer brackets are flipped), Height is 29” to 48.7”Maximum Speed: 25mm/s, Standby Power Consumption: <0.5W, Noise Level: <50dBWeight Capacity: 154 lbs FULL DESK ADJUSTMENT VIVO SPECS TAKE YOUR WORKSTATION TO THE NEXT LEVEL Check out our accessories below! STAND-V002 MOUNT-KB05E DESK-SKIRT Series MOUNT-PC01 DN-CH-K01B Title Dual Monitor Desk Mount Clamp-on Keyboard Tray Cable Management Desk Skirt Under Desk and Wall PC Mount Ergonomic Kneeling Chair Use Raise two monitor screens to an ergonomic viewing angle for all day comfort. Enjoy comfortable typing angles while also saving desk space. Hide those messy cables with our easy-to-mount privacy desk skirt. Get your PC off of the floor for convenient placement. Experience the posture benefits of standing and the relief of sitting. Color(s) Black, White Black, White Black Black, White Black, White Size / Compatibility Fits 13" to 27" Screens 26.8" x 11" Tray Dimensions 30" Panel / 60" Panel Width: 3.5" to 8", Height: 12" to 21" 250 lbs Weight Capacity Compatible with DESK-KIT-1B6B ✓ ✓ ✓ ✓ ✓ Using Your Control Panel... Install the Control Panel This is the part where you get to grab your electric drill! Simply attach the controller to the underside of the desktop using the provided screws. Adjust to the Desired Height When the frame is connected to a power source, press and hold the up or down arrow until your desk reaches the desired height. Memory Mode To save your preferred height, press “M”. The letter “S-” will be displayed. Then, press “1”, “2”, or “3” to store the height in memory. Timed Reminder To set the timer, press “A” and the display will flash “00”. After 2 seconds, press the up or down arrows to adjust the time (it will save after 5 seconds). Read more 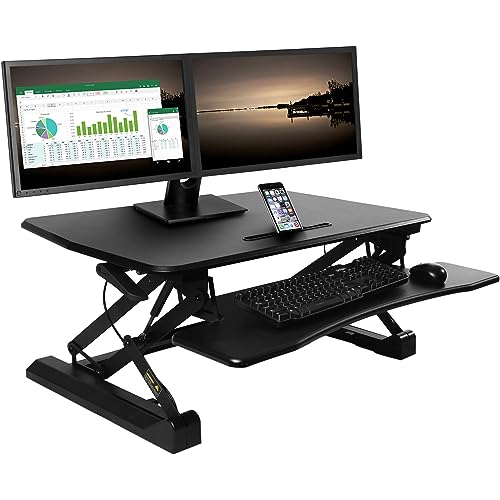 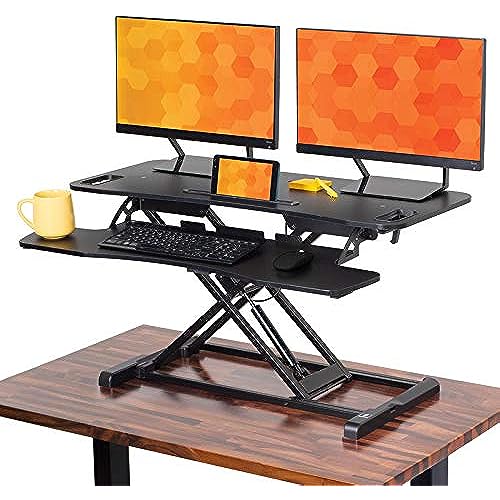 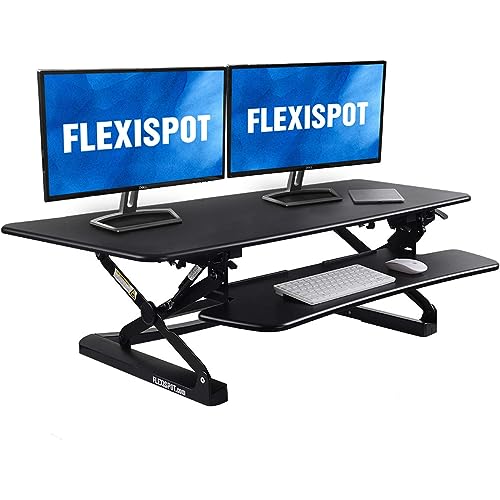 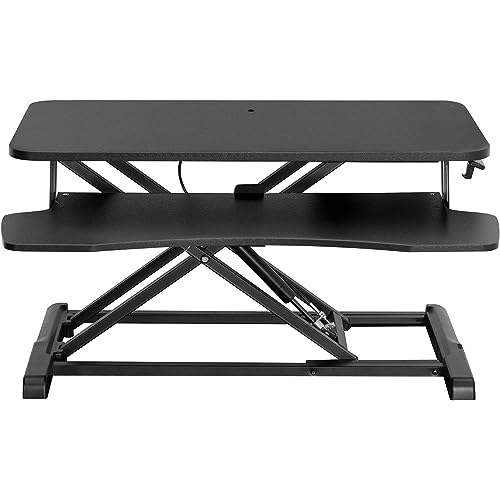 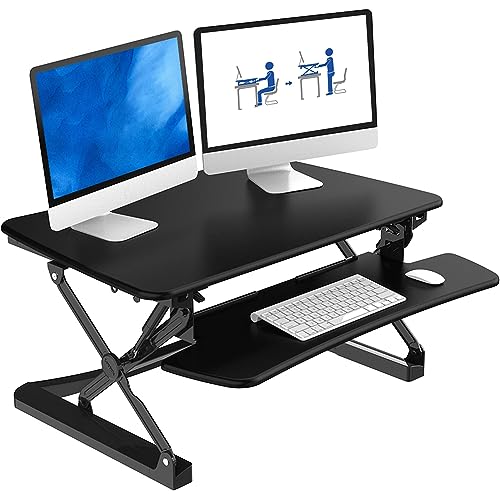 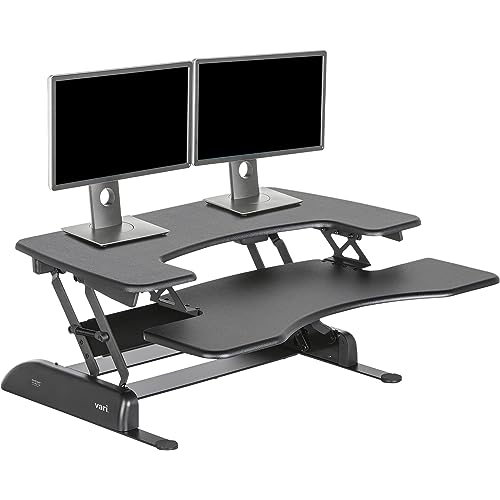 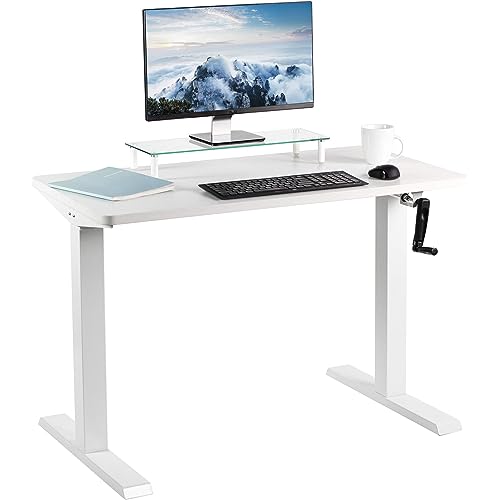 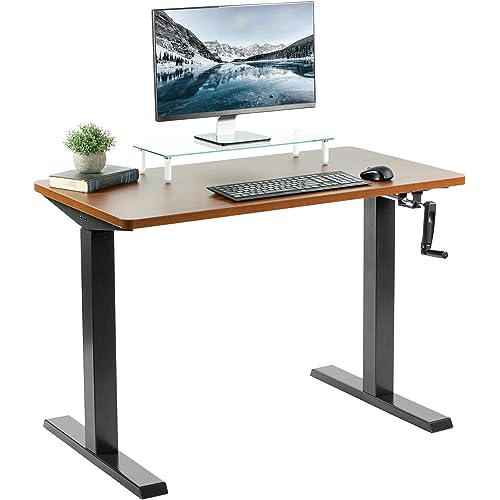 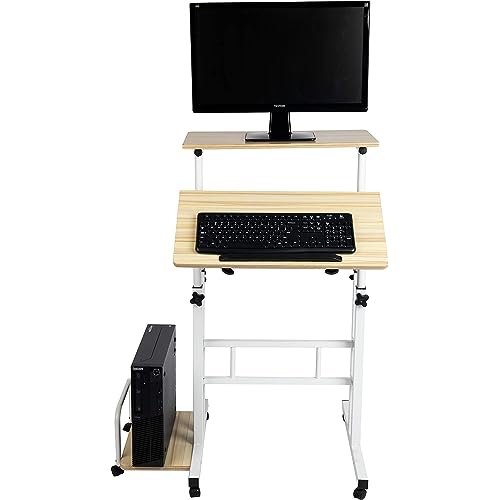 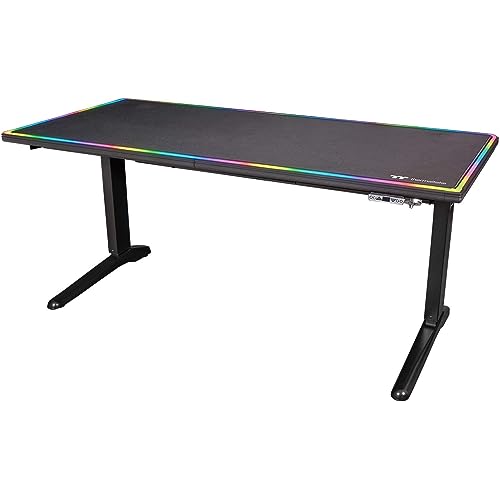 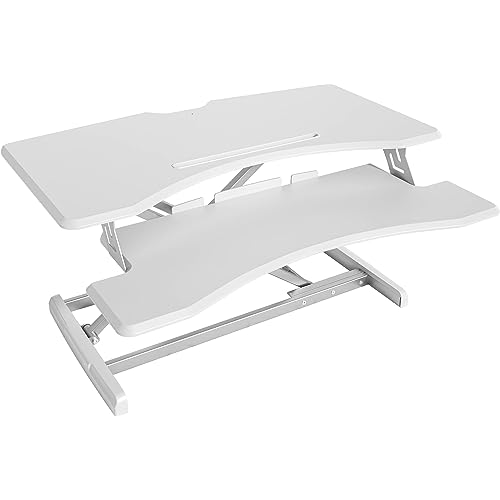