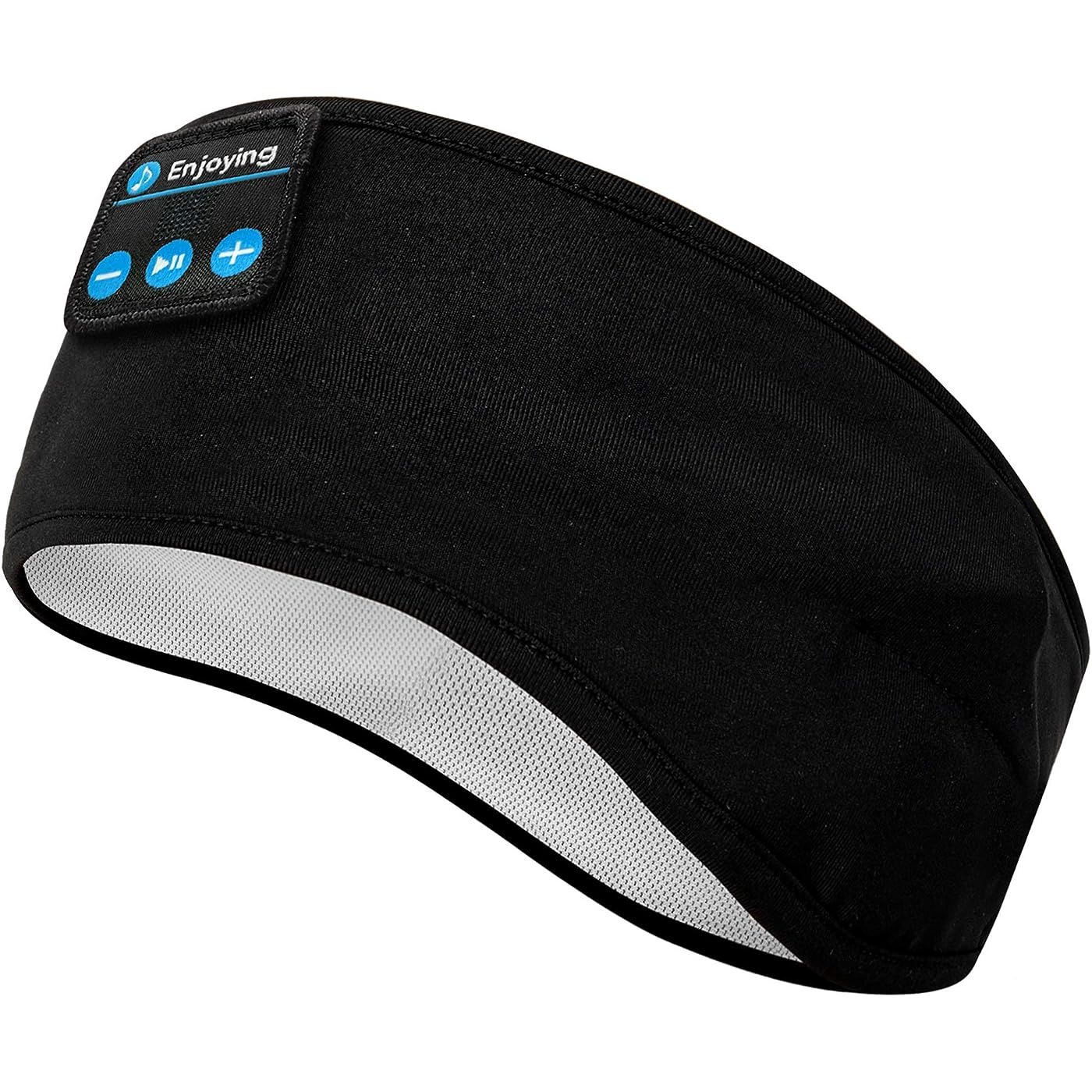 Perytong 2 in 1 Wireless Sleep Headphones Headband Allows You Enjoy High Quality Music Anytime Anywhere No painful sleep earbuds or awkward headphones, they are perfect for: When going to sleep or sleeping next to a snorerFor people suffering in various degrees from excessive stress or worryFor listening to music and Audio Book in bed at night while your partner sleepsFor listening to music while traveling or commutingWhile working out, stationary biking, walking or jogging Read more LONG PLAY TIME Built-in polymer lithium battery. One charge gives you up to 8-10 hours talk time/audio play time, enough to power your workouts with music for a week,or sleeping for a whole night. Best Sleep Headsets for Side Sleeper Devices control module is in the middle of speakers, won’t hurt the ears, which is very comfortable for side sleepers sleeping. The ultra-thin flat headphone speakers are comfortable enough to wear while lying down or sleeping on your side. They block out ambient noise without using earplugs that are painful & fall out. Ultra-Thin and Adjustable Speakers Latest V5.1 wireless tech can pair your any Smartphones iPad Tablets easily.Both speakers are Ultra-thin and can be adjusted according to the size of your head, get rid of the wire bonds, but without compromising sound quality. Only you and music, pure and free. Read more Easy Control Module Bluetooth connections and control are quick and easy.Clear vocals, clean bass and crisp percussion. Discover sound quality that brings out the best in your music—including subtle details you may never have noticed.Step 1: Push right speaker to the place of bluetooth control Washable Bluetooth Headband Step 1: Push the control panel out of its pocket. Step 2: Continue to ease the control panel towards the small opening at the rear of the headband. Step 3: Repeat Step 1 for the two speaker discs located on both side of the Headband. Step 4: Hand wash or machine wash the headband. Fit Most Head Sizes and Ages The bluetooth sports headband have high elasticity, it can fit most head sizes and provide a cozy experience.With quicky dry material, simply put it on and the headband will keep your sweat out of your eyes and stay in place without slipping. Read more

If you place your order now, the estimated arrival date for this product is: Tuesday, Oct 4
Yes, absolutely! You may return this product for a full refund within 30 days of receiving it. 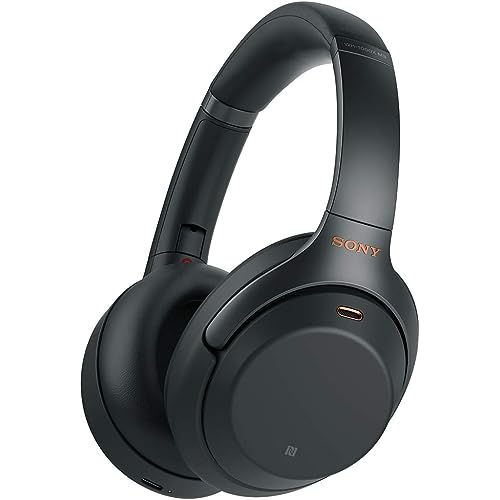 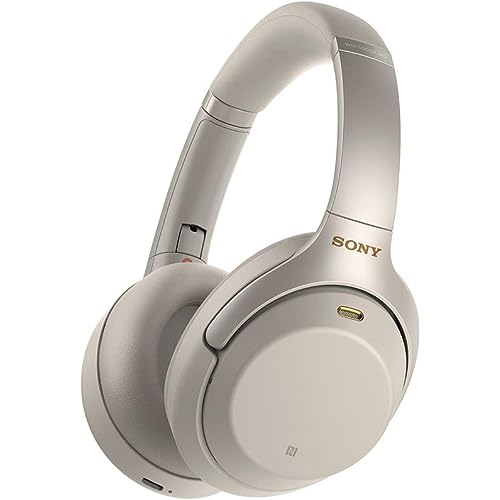 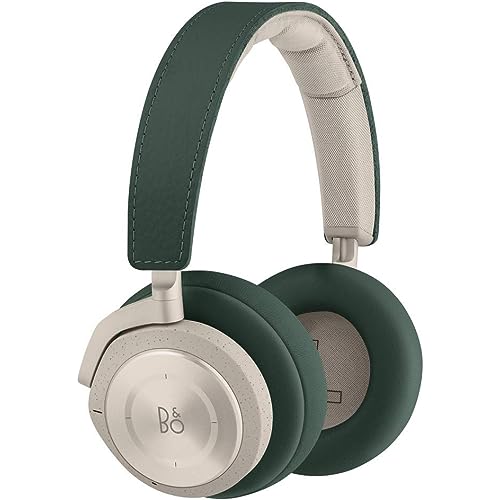 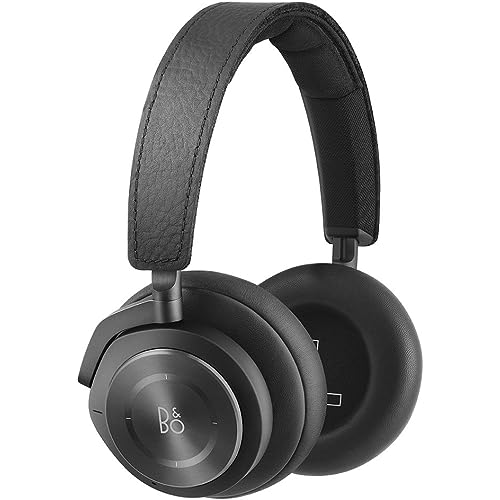 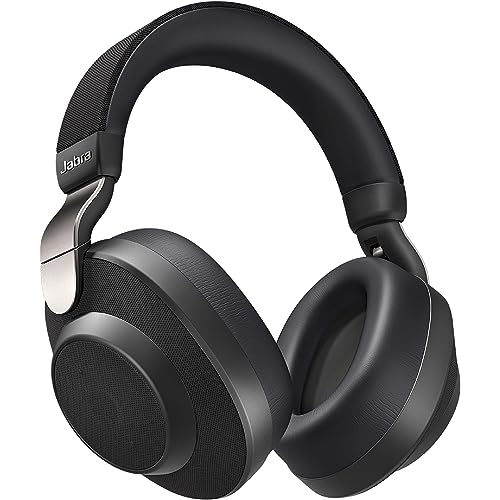 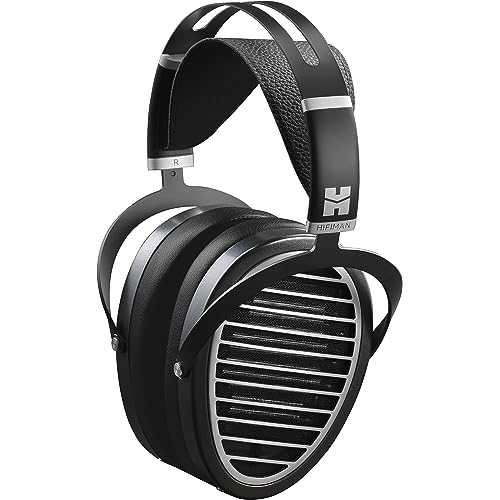 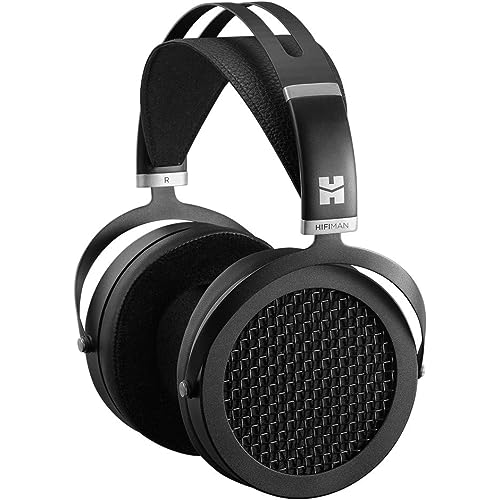 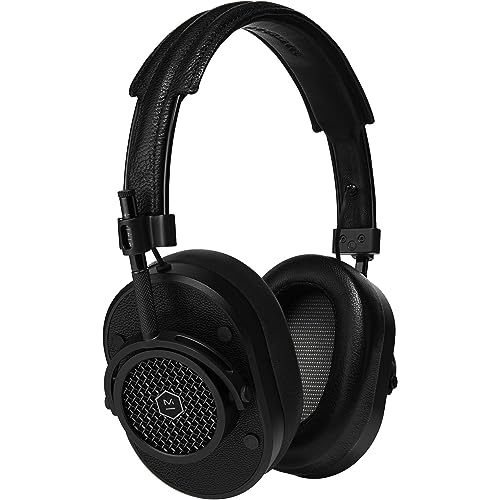 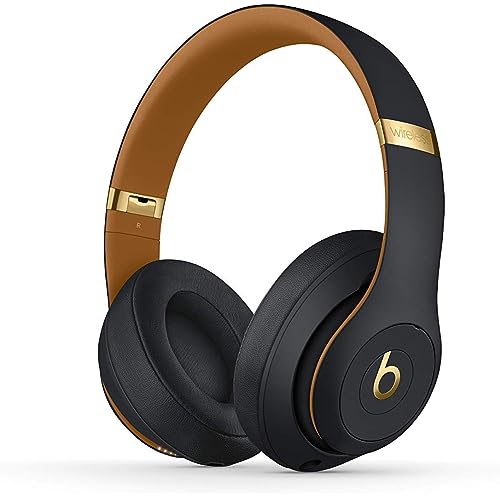 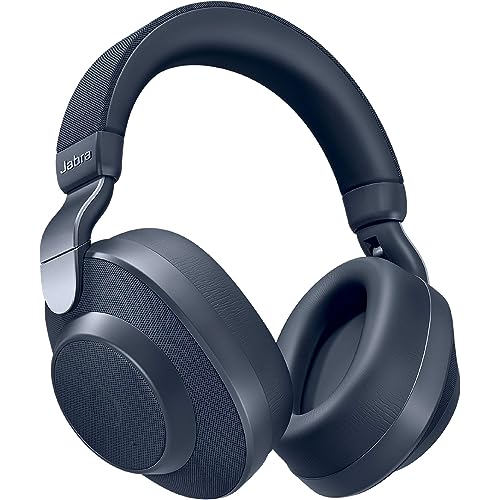 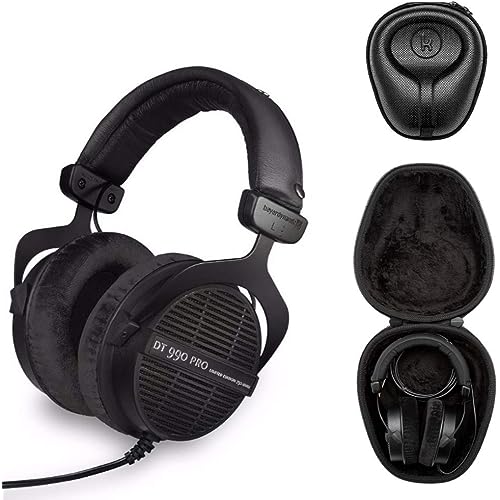 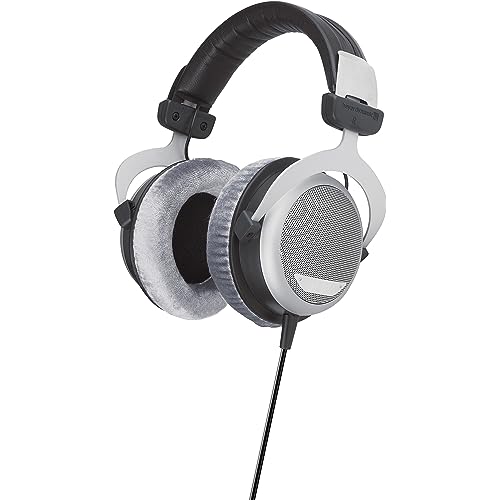 Cheap product that does the job well and is quite durable!

Color: Grey
For $20, this has been an excellent purchase. Many of my headphones, sometimes at double the cost, have broken pretty quickly when I tried to wear them to bed. And they weren't very comfortable either. Even my wireless buds broke pretty quickly, or would fail to sync etc. Comparatively, I've had this for a few months with no durability issues. I've removed the components, washed the headband, put it back together and still functioning just as well. And they're the best sleep headphones I've had so far in terms of comfort. For reference, the construction of this is simple: a headband with some sewed in borders, a tiny volume control, and just some wires reaching out to the earpads. But this simple construction has outlived most of my past headphones, which, when combined, probably cost 5x+ this price. Simpler is often better! Since the wires don't get tangled, they aren't nearly as likely to break (and they're a bit firmer than some headphone wires too), and you don't have to constantly untangle them either. Usually, tangle-free headphones cost much more because they add some innovation to it (like a zipper, etc). This simplifies that issue because the wires don't move much inside the headband; they stay in a circle and in the same place most of the time (a bit of stretching and movement during sleep expected though). Yes, these do not cancel noise much at all, and that is abundantly clear from the reviews. But that was a trade-off I was willing to take. And for $20, I wouldn't expect noise cancellation anyway. Yes, the audio quality is average, nothing to write home about. Again, I wasn't looking for high quality audio and would obviously expect that to come at a much higher price. Yes, there are some annoying software gimmicks that I would hope they would iron out. That's why I gave 4 stars instead of 5. As other reviewers mention: - When you max out the volume it has this SUPER LOUD beep. Not very helpful for sleep... and totally unnecessary too. - The volume controls require that you hold to raise or lower the volume, otherwise it will go to the next or previous track with just a press. Holding a volume button is unintuitive, and makes it easier for the thing to BEEP at you. It's annoying. So I just control the volume from my device instead when possible. - It does not turn off automatically if connected to a device. If it disconnects from a device though, it will auto shut off. So it will drain battery through the night. I have to charge it every few days as a result. - It uses a micro-USB charger... I've switched everything to USB-C now, so it's a bit annoying that I have to keep an old wire/charger around for this device. - The volume control irritates the skin on my forehead and can give me a rash, especially if I sweat overnight. So I leave it a bit higher on my hair instead, and it can screw up my hair or fall off as a result, but I'm already asleep at that point - The "eye mask" functionality does not cover my eyes fully, and as above, will irritate my skin. I have a separate eye mask I can use if I needed it though, so this is ok. And honestly, this is the case with most eye masks I've had. That being said: - Fortunately it does not make any noise if it dies, so thankfully, unlike other products, you won't be woken up in the middle of the night by this headband. - Despite the lack of auto shut off, the battery actually lasts a few days, so you don't have to charge it daily. It will last more if it's not playing audio most of the night. So, for instance, I put on a 2 hour podcast and in the middle I'll fall asleep. It only plays audio for 2 hours. So while it's still on the rest of the night, it's not draining much battery when it's not playing anything. I recommend using it in this fashion to workaround the lack of auto shut off. So overall, I consider this to have mostly minor inconveniences that I'd hope the company would fix, but this has still been well worth the $20 I paid for it. I've been considering buying a second one so I can wash or charge one while using the other, so I'm never without one at night. ... show more
show less

Comfortable while winding down in bed

Color: Dark Grey
Context: I love listening to podcasts or music while winding down for the night and before falling asleep. This has become part of my routine. In fact, if I don't have podcasts or music and some type of comfortable headphones, I scramble to line everything up before getting into bed. Since our second child was born, I don't sleep terribly well. Our daughter sleeps in our room and often ends up in our bed. So I often wake up a lot and feel like listening to something before I fall asleep again. I'd say my number one and two considerations for headphones are COMFORT and BATTERY LIFE. Throughout the night and into the early morning, I need to be able to turn my head and body and remain comfortable with my headphones. And my headphone power needs to last until it's time to wake up for the day. Review: These headphones have become my go to for night listening and sleeping, for these reasons: The headband feels lightweight and doesn't heat up, even during summer nights with windows open. As long as my head is on something soft like my pillow, the round, hard plastic speakers inside the headband do not get in the way or introduce much discomfort or pain. This makes side, back, or stomach sleeping and listening comfortable. I can turn to any side and the headband remains in reasonable position on my head, and speakers in reasonable position at my ears. I make small adjustments to the speaker positions, but this is not a hardship. If I'm on my side, sometimes I can feel one of the round speakers pressuring my ear. So far it hasn't bothered me. While both left and right speakers need to be adjusted/positioned within the headband each time I put it on, this is a minor inconvenience for comfortable listening without discomfort. The battery life easily lasts all night and into the next morning. It lasts two nights. I find myself charging the headphones either once a day or once every two days, just to be sure they're fully charged. Charging is fast. The plug-in side of the USB-C cable is actually tucked into the back of the headband. I can easily locate it, pull it out, and plug in. Surprisingly, it's not uncomfortable tucked back into the headband, while wearing. Do the plug and the two round, plastic speakers feel a little clunky? Yes they do. I envision this design being refined over time. Conclusion: Overall, this is my favorite sleeping headphone set. Battery life is great. Comfort is fine. Easily better experience than earbuds or a headphone form factor. ... show more
show less