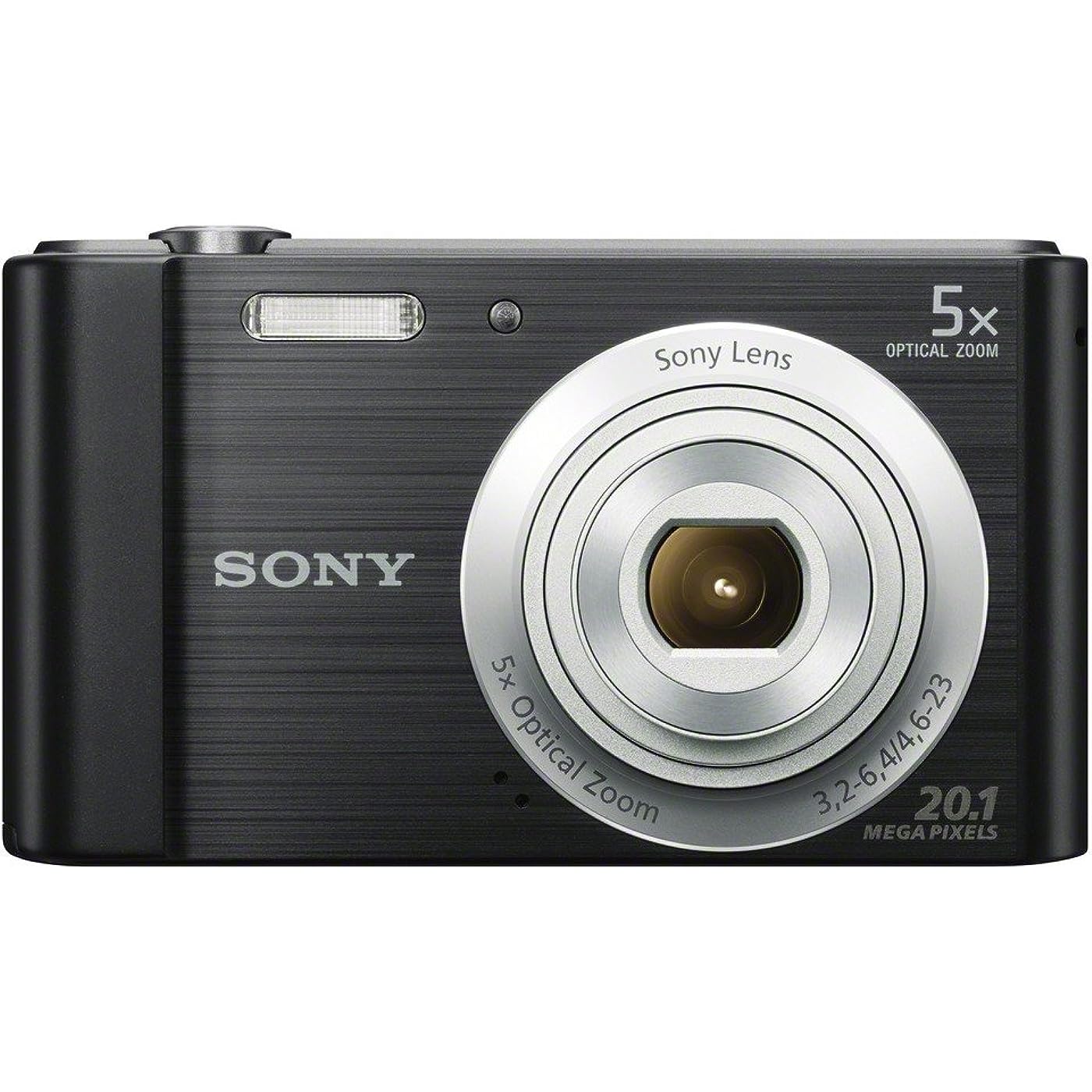 Checking for product changes
$278.88 Why this price?

If you place your order now, the estimated arrival date for this product is: Monday, Oct 3
Yes, absolutely! You may return this product for a full refund within 30 days of receiving it. 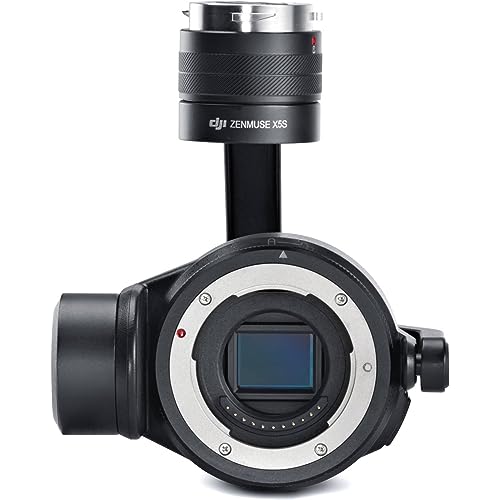 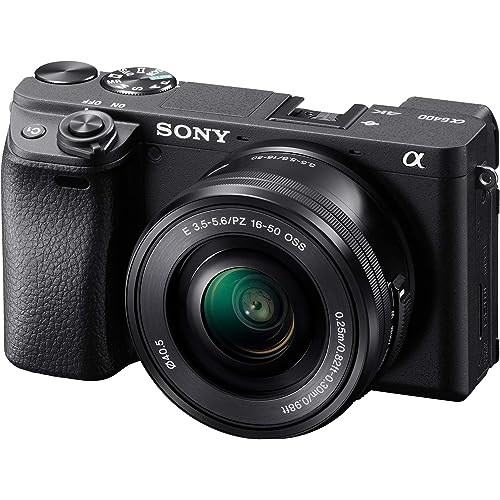 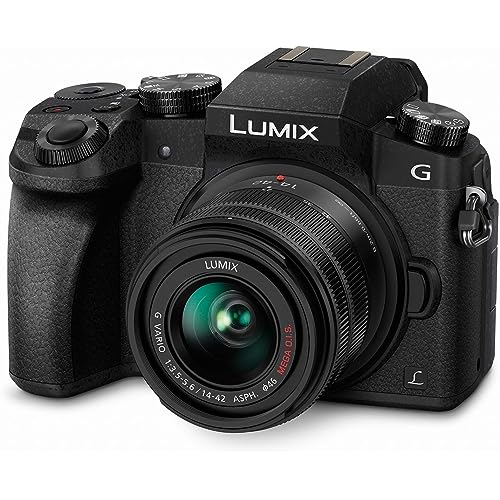 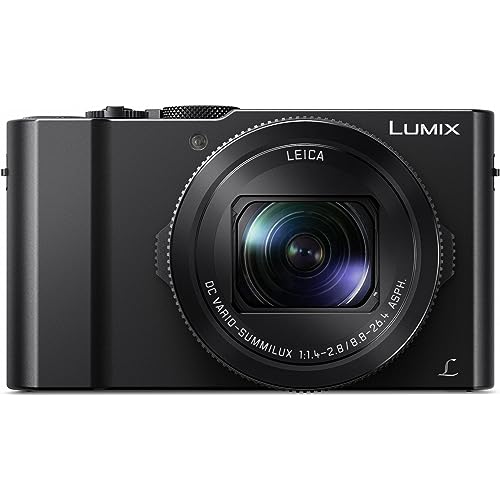 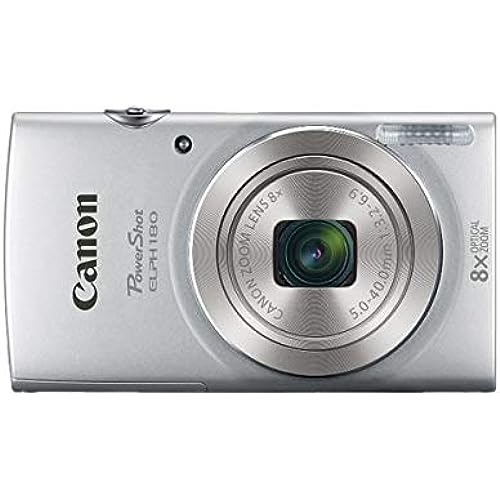 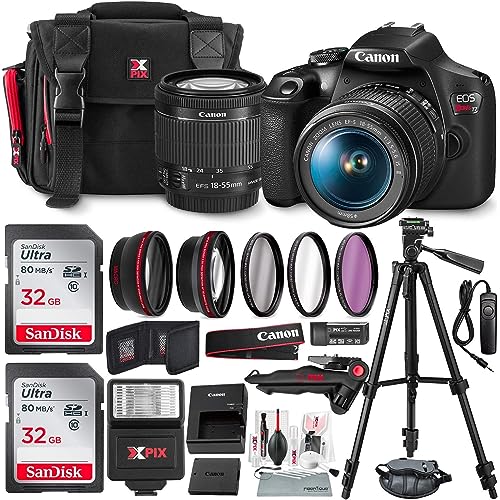 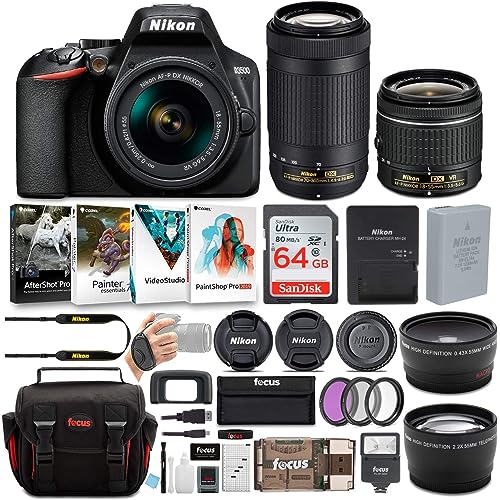 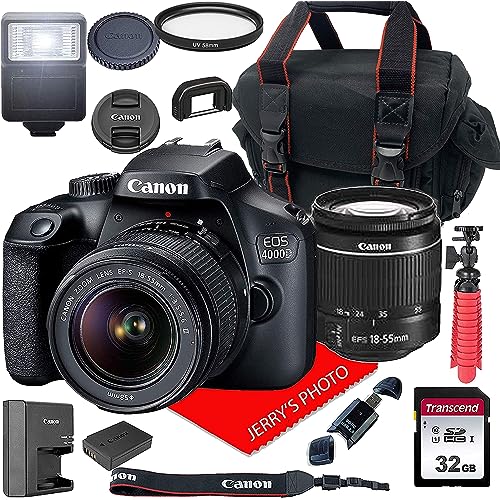 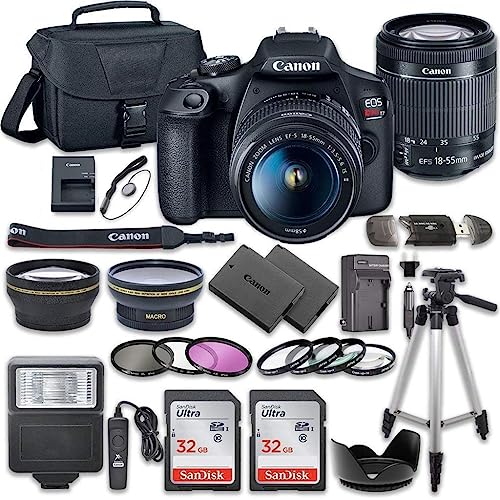 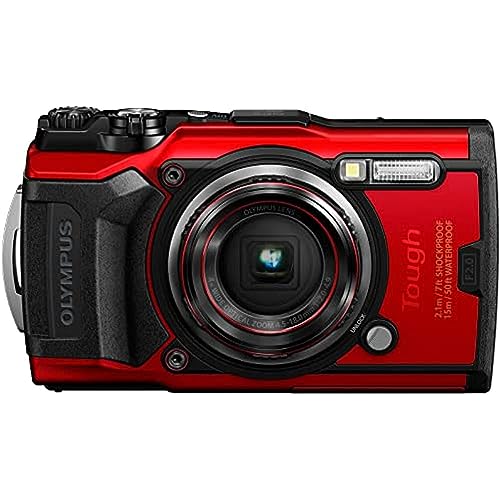 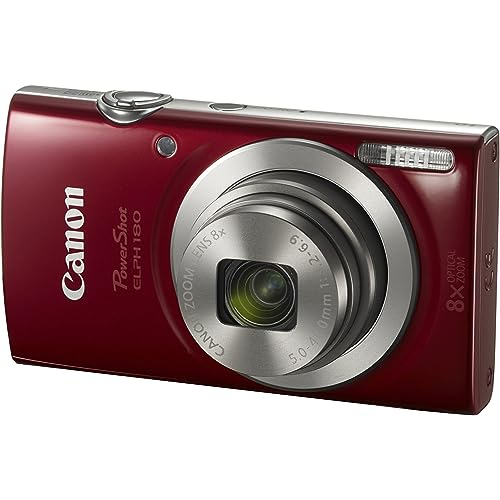 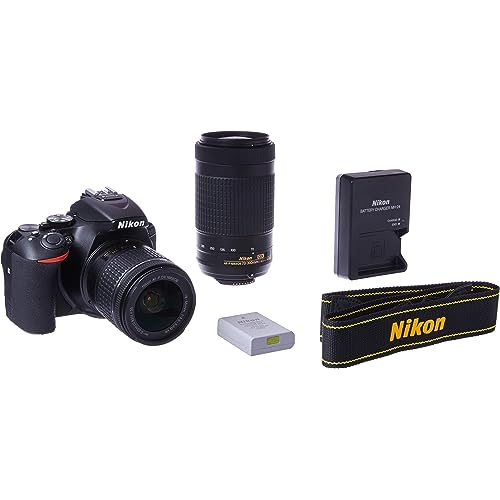 Style: Camera Only
I am not a professional, but take a lot of pictures for personnel use, both at home and traveling. I like the smaller point and shoot cameras which can be carried in my pocket or a small case on my blet. My previous two cameras were high dollar point and shoot, but too complicated to operate quickly even on iA. The screens were touch screens which is not conducive to carrying in the pocket. Also my previous two cameras had the fan type shutter which began sticking after only a few months use until they both finally stuck at half open. Although I have had the DSCW800 Sony for less than two months, it has met all my expectations. It is light weight, easy to operate, takes excellent outdoor pictures, and thin enough to carry in my shirt pocket. There is a two or three second delay between pictures. I have had no issues with the battery. My one recommendation is to install the wrist strap and use it. Maintaining a safe grip on this small camera could be a problem, especially if damp with moisture. ... show more
show less

A good snapshot device for its price...

Style: Camera Only
I am an amateur photographer and own three DSLR cameras with a selection of lenses. However that collection does not eliminate the need for a handy item for just daily needs. I keep this one especially in my car's glove box as a reserve for occasions which require something better than my cell phone camera. For that purpose it meets my expectations and even exceeds it. Yet, this is still a snap shot device with a relatively low price tag and therefore a DSLR level quality (like background blurring, high shutter speed, high level of low light performance etc.)should not be expected. Pros: -Lightweight slim and stylish design: It can fit in small spaces and look and feel like a high quality item. -USB charging ability: That is one of the selling points for me. I keep it in my car and I don't want to run out of power any time or go through the hassle of removing the battery and charging it separately ,which requires carrying the charging adapter all the time and also the ability to plug in that adapter. Instead. all I do is to connect it to my 12V car USB charger and it pretty quickly accumulates good amount of charge level... It comes with a wall adapter (5V 0.5A) which connects to a detachable USB cable (so you can use the cable and attach it to any USB charger). But be careful about the USB cable. The standard USB-micro B cable that charges most mobile devices do not work for this type. If you need a replacement or an extra you need to buy a USB-UC E6 cable. -Easy menu mode: Practicality should be the main focus in a snapshot device and even my grandfather could get through this menu. One of the most user-friendly interfaces I have seen so far. -Panoramic shoot ability: That was a surprise for me. I had not read the product description in detail before buying and that was such a handy function. I used to take panoramic photos by taking tens of photos with my DSLR and stiching them with a software which was both difficult and time consuming. This function does it instantly and produces comparable quality photos. -5X optical zoom: When it comes to zooming, in photographic terms, the less is often more. The best lenses even come with no zoom at all. However for a practical item like this, zoom is essential and 5X is a good range for the optical zoom (it is also critical that you compare the optical zoom capacities of devices and not the digital zoom before making a judgement.) -Image quality: As I said above, it does not match the quality of a DSLR and I don't care about the high pixel size either. For cameras with small sensor sizes like snapshots, it is actually better to get a low MP device for sharper images, but this one not bad at all especially in daylight. HD Video quality is also good but again depends on the light... -Price: the $78 price tag as of august 2014 makes it one of the most affordable snapshot cameras in the market. You can get better deals from time to time but this is quite appealing too. Cons: -Low light performance: Again, I want to stress that I am not expecting professional quality from this device, but I found the low light performance moderate at best. The noise was somewhat irritating even with flash. -Slow shutter speed: It has a continuous shooting mode which is supposed to take multiple frames in a short time as long as the shutter button is depressed. However this device has a long long refractory period between shoots that it is not even worth bothering with that mode. You need to decrease the image quality 3 steps to be able to notice some multiple shooting effect and that is not worth it. So if you wish to take a photo of a flying bird or a running person or a passing by car, you don't have much choice to take multiple photos and decide later. -Zoom buttons: I like the zoom to be a ring style beneath the shutter button but this is like a plus and minus at the back which is not very convenient. -No optical viewfinder: This is not a problem for this model only. Most recent cameras sacrifice from an optical viewfinder and all you get is a digital image on the screen to help you adjust your photo before taking it. First of all it does not give the sense of taking a photo but more importantly digital screen viewfinder drains battery and also performs bad in bright light. -Video focusing sound: While recording video of a closely located object (where there is a constant need to re-adjust autofocusing) and if the surrounding is silent, you can hear the sound of focus adjustments in your recording. But as I said that is only obvious in full silence and for short distance recordings. Overall you like it or not depends on your expectations. For me it is a handy and adequately performing device with quite useful features. I am happy with this purchase ... show more
show less

A promising camera that under-delivers

Style: Camera Only
I ordered this camera with high hopes after seeing it was the #1 selling camera on Amazon at the time of purchase, and after reading many 4-star and 5-star reviews. The camera I received was clearly the same product shown online, but I feel like I am reviewing an entirely different product than the one I expected to receive. I'll start with what the camera does well: it does fit in the small hip pocket of my backpack, which was a prerequisite as this was to be my camera for long-distance backpacking trips. It does have good battery life, as I was not able to deplete the battery on a 3-day trip with probably 100+ photos taken. It does have a useful, though low-resolution panorama mode for those who don't want to make the effort to combine multiple photos using image processing software. Beyond those few features, I found the camera to be relatively lackluster and uninspiring. My beef with this camera started the very first time I turned it on. I was greeted by a persistent and distracting screen flicker that I have not seen in any other camera. I am surprised others have not mentioned this, though perhaps I received a defective unit. I know it wasn't just my eyes, I showed it to my wife and she agreed it was flickering. After several hours of use, the flickering seemed to mostly go away, but not entirely. Beyond the flickering, I felt the camera simply took poor photos compared to other cameras I have had, even those with 1/4 to 1/2 the resolution of this one. Pictures were prone to blurring, I would say this has the least effective optical image stabilization of any point-and-shoot I've owned. Also I found the camera to be very prone to silhouetting and washout in outdoor use, and again this is not simply operator error, I am comparing to other similarly-priced cameras I have owned over the years (including various Casio Exilim and Fujifilm FinePix models). The camera claims to shoot 20-megapixel photos, and I'd believe it by the file size, however none of the 100+ photos had the crisp look when zoomed in to 100% that I expect for a printable photo any larger than 5" x 7". I found the menu to be clunky, and many basic features like shutter and aperture settings, manual focus (or at least a user-selected Macro mode) were either lacking entirely or buried in some menu that I couldn't find when I needed it. Again I only used it for 3 days, so perhaps these features were overlooked, but at the least I can say that finding them was unintuitive for me. I know it's a lot to ask from an entry-level camera, but even for basic use I am not comfortable with a camera that seems to miss 2 out of every 3 shots. For my money, I think I can do better, so I returned this one. I will be trying a FujiFilm FinePix T550 next, which sells for the same price but has a 12x zoom, and (I expect) better image stabilization. I would advise anyone who intends to use this outdoors, or who doesn't have rock-steady hands when shooting without a tripod, to look elsewhere. I suppose this camera works well for some, but I can't offer any more than a tepid recommendation that it does work ... show more
show less