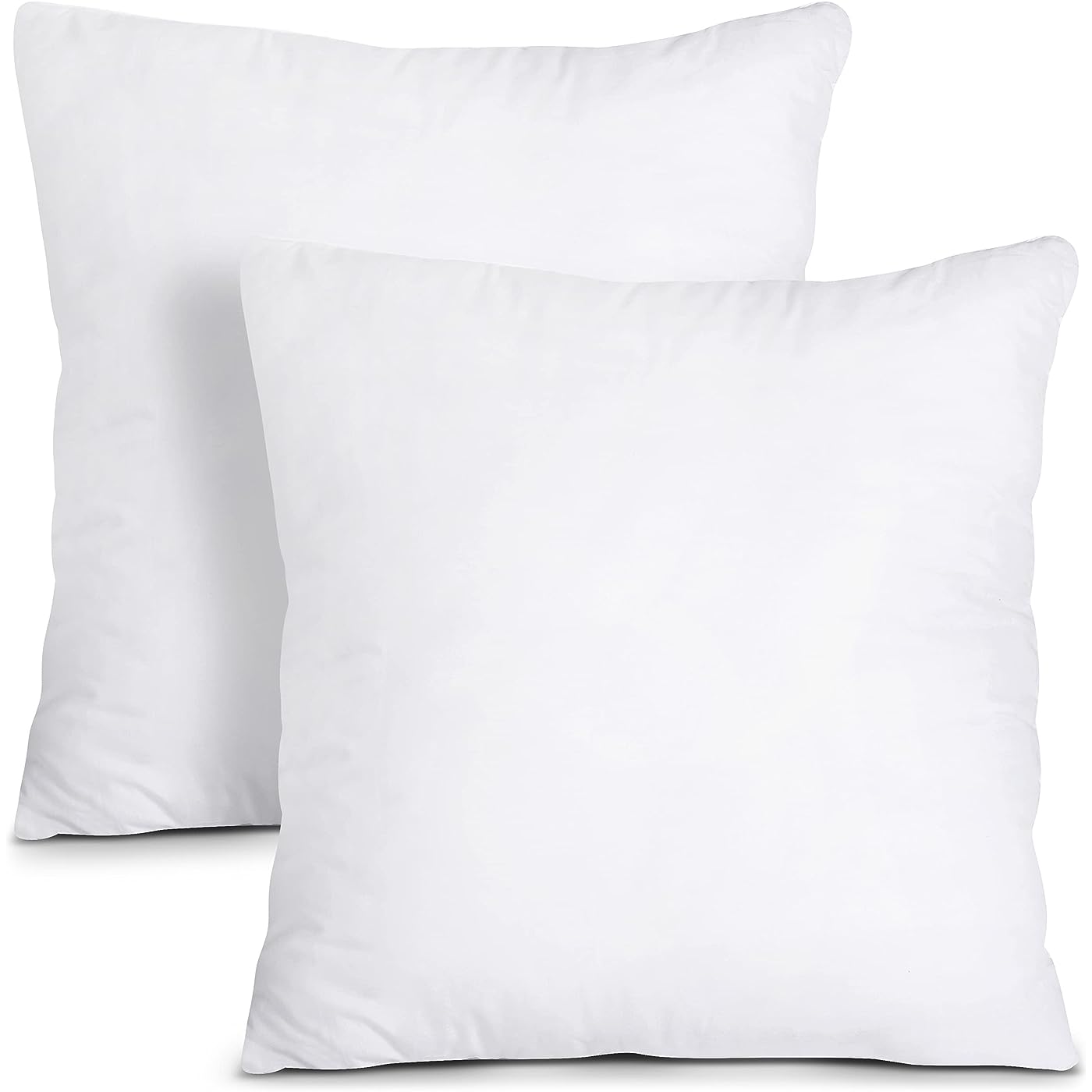 Free shipping on this product
Availability: In Stock.
Fulfilled by Amazon
Arrives Wednesday, Jan 26
Order within 22 hours and 15 minutes

WHAT MAKES US DIFFERENT? 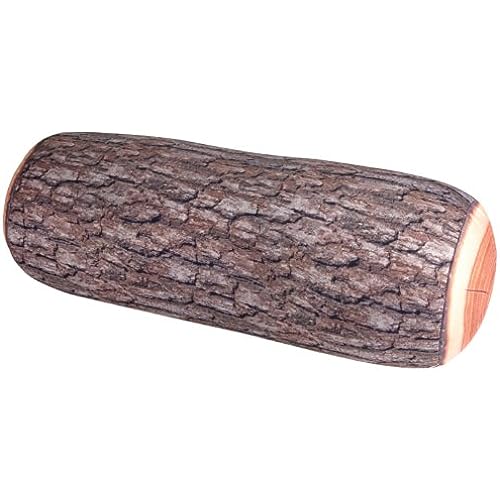 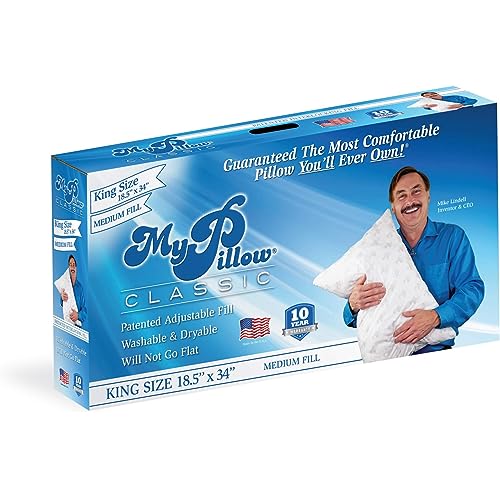 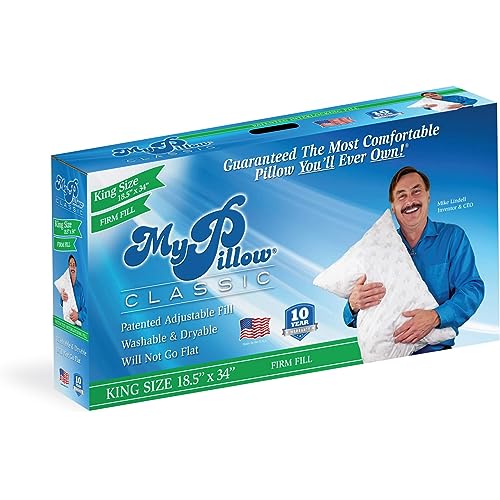 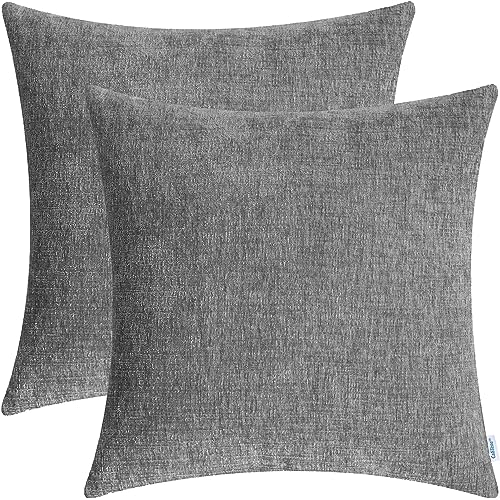 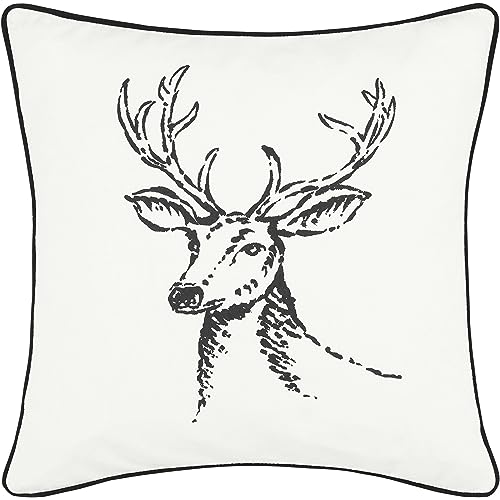 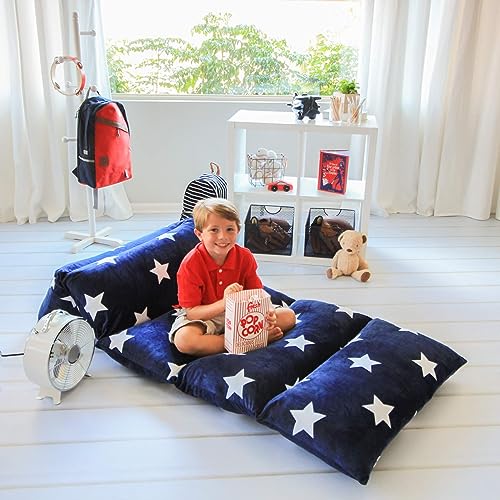 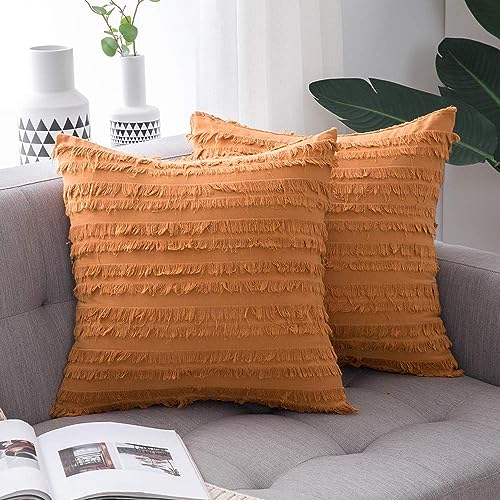 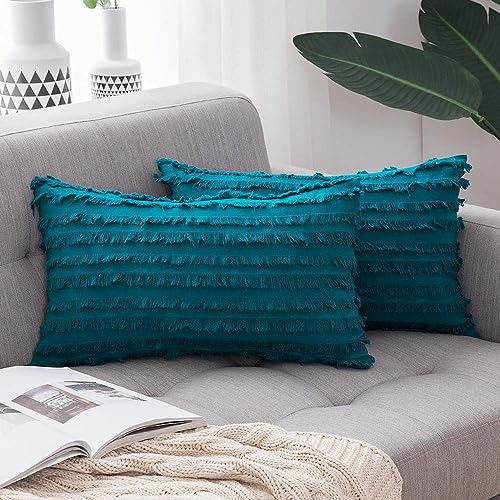 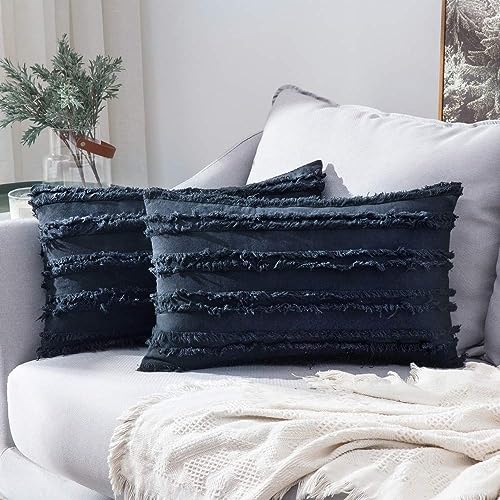 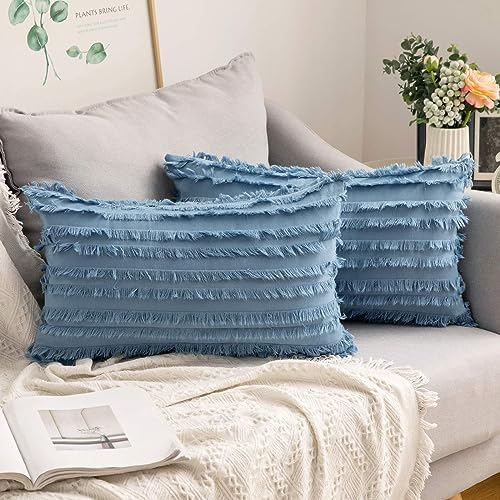 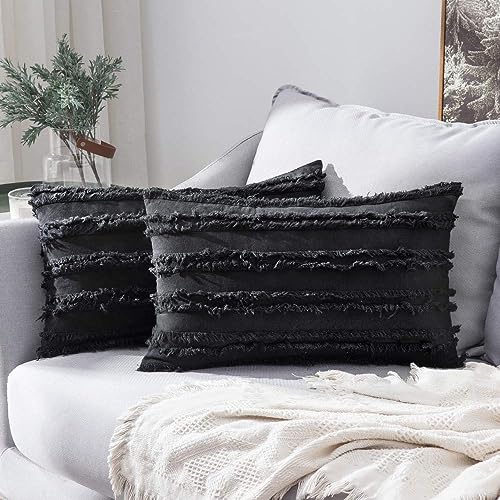 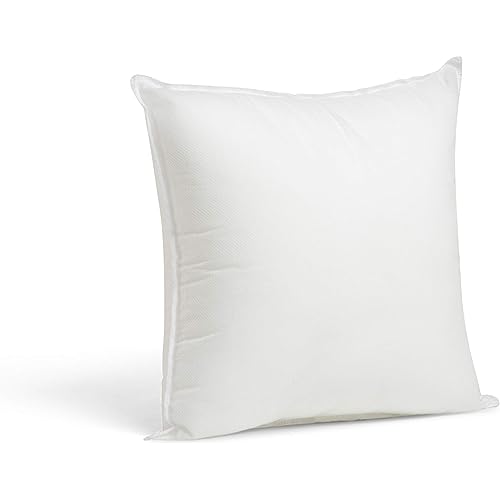 4.0 out of 5 stars | Reviews saying pillows are flat are true, BUT...
Style: 24 x 24
The reviews saying the pillows are super flat and do not puff up over time are true. I was super disappointed when they did not fluff up after being taken out of the airtight bag. I figured it would not hurt to try and fluff them up myself since I would just return them if they stayed flat. WELL, they fluffed up A LOT and here's how: I grabbed them by the corners and shook them super hard. Literally shake them from every corner like it owes you money. This allowed the filling to redistribute towards the center instead of being evenly flat all the way across and it also allows the fluff to get broken up and for air to fill in between it so that they're nice and poofy. Then, for good measure I hit it from the sides, the top, the bottom, the middle, everywhere. By the time I was done essentially attacking these pillows, they are SUPER fluffy and almost too big for the pillow covers I bought. All in all, these ended up being a really good deal and they do get quite big. 100% would recommend, plus fluffing them up was a pretty good workout.
5.0 out of 5 stars | They're pillows.
Style: 18 x 18
It's not rocket science. They're friggin pillows. Apparently some of the reviewers have never purchased a bedding-item in their lives. These show up in a vacuum sealed bag side by side so at first glance you might think they accidently sent you a normal pillow but if you open up the bag instead of immediately returning it, you'd see that it is the correct item. They're also going to be pretty flat at first since they were in the vacuumed bag but if you spend literally 30 seconds fluffing them up and then let them sit for a couple days, they get pretty fluffy and decently firm. If you measure these 2 seconds after taking them out of the bag, they're going to be smaller than 18x18 but if you just be patient and let them setup for awhile, you'll notice they completely fill up an 18x18 absolutely perfectly. I can't believe I had to write a review this long about stupid pillows but some of the people leaving negative reviews have disappointed me beyond what I thought was possible and I sadly felt like this was necessary.
2.0 out of 5 stars | WHAT?
Style: 18 x 18
These pillows look like they were run over by a bulldozer. First of all, they came in one of those seal a bag things that you store your clothes in and remove all the air so they flatten out. I mean ... I opened the box and thought they sent me pillow covers instead of pillows. But - lo and behold - they were pillows. WHAT? Pillows??? They looked like white square pancakes. OK ... so my girlfriend says "relax" they just need air to fluff up. Relax she says. Now after a week of "air time" they are still a pitiful excuse for pillows. I bought a different brand once before and I am looking at them right now. Honestly, they are three times the thickness of these pitiful things I just bought. OMG ... how can they even sell these things.
1.0 out of 5 stars | Poor quality, sized wrong
Somebody doesn't know how to use a measuring tape and it's not me. This pillow is actually less than 16 inches and it is clearly marked on the tag as an 18x18 inches. It is also very poor quality and will not look fluffy because it doesn't have enough filler inside. Junk.
1.0 out of 5 stars | Pancake pillows!! Don’t buy!!
These are the flattest, thinnest throw pillows I’ve ever seen. I have purchased other pillows online that come vacuum sealed and need time to fluff up after arrival so that is not the issue. They are noticeably shorter on all sides from my other 18x18 pillows and have puffed up over several days after opening- still VERY flat. When I put them in my throw covers, there is so much room still that it looks sloppy. Not happy with them at all! Complete waste of money.
2.0 out of 5 stars | Pillows arrived stained - also not as full as I would like
Style: 18 x 18
I purchased these pillow inserts based on good reviews. Not sure if I got a bad “badge”, but I am less than satisfied. I was surprised to see one of the pillows had two yellow stains. Not sure what this is (??) but you can’t wash the cover, so they’re there for good. Additionally, pillows are quite flat even after a good amount of “fluffing”. I included a picture so you can compare the fullness of this pillow (purple cover) vs other inserts I’ve purchased. I’ll probably purchase new inserts.
5.0 out of 5 stars | Exactly what I needed
Style: 18 x 18
I have to admit that when these arrived I was dubious They are packed with both pillows in one package, and they have the air vacuumed out. Upon opening the fluff right up, and the fact that they are still a bit flat makes them very easy to put inside the pillow covers. I highly recommend these
1.0 out of 5 stars | Is that really BLOOD on my new pillow????
Style: 16 x 16
There was what appeared to be BLOOD on both sides of one pillow (see photo) and a rip on one side!!! I was completely grossed out! It looked as if whoever was packing the pillows was using a sharp object, and cut their finger while packing the pillows. Terrible quality assurance. Nothing like that should ever be packaged and delivered...EVER!! Ugh!