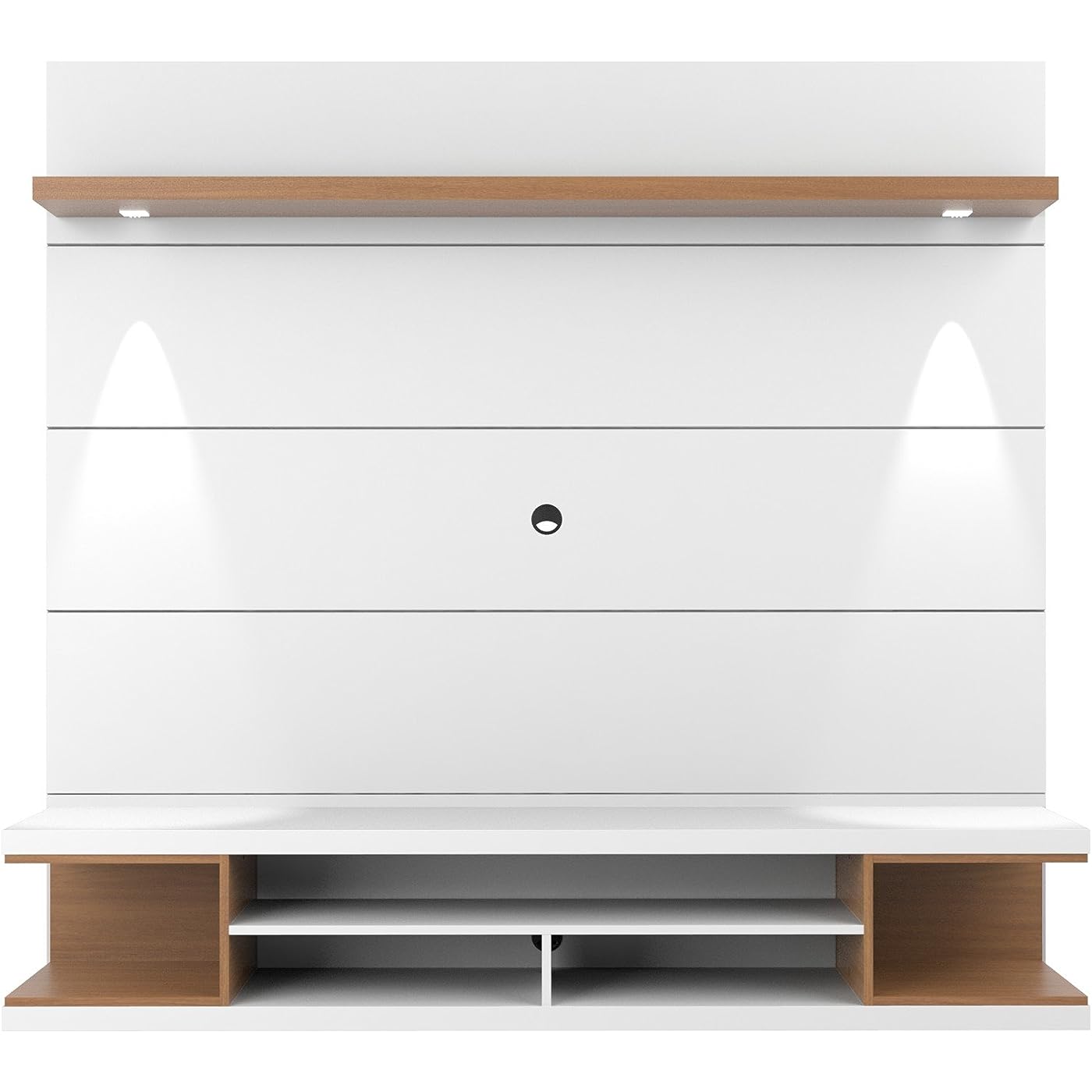 Checking for product changes
$660.41 Why this price?

Free shipping on this product
Availability: In Stock.
Fulfilled by OJCommerce
Arrives Feb 1 – Feb 4
Order within 17 hours and 3 minutes

An entertainer's dream backdrop in luxurious glossed off-white or white and maple cream, the utopia floating theater Entertainment center is modern, functional, sleek and sophisticated all at once. Equipped with convenient LED lights for a memorable movie night, open storage areas are perfect for tucking away DVD players, books, and all your media accessories, in one seamless theater room piece raising the standard and setting the bar high. Large enough to house a substantial television and built cleverly to hide away cable wires. Oak open shelves frame each end, while a Middle Section narrows to accommodate DVD players and catalogs. This Entertainment center measures 70.47 in. Length, 67.24 in. Height, 15.47 in. Depth. Weighs 162.39 lbs. Requires assembly. Proudly made by Manhattan Comfort, over 10 years Manhattan Comfort has been manufacturing and creating innovative and trendy home furniture and decor. Each piece is crafted with the greatest care from design to delivery.

If you place your order now, the estimated arrival date for this product is: Feb 1 – Feb 4
Yes, absolutely! You may return this product for a full refund within 30 days of receiving it. 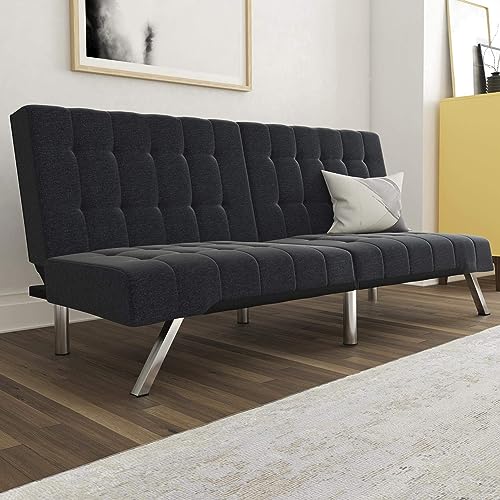