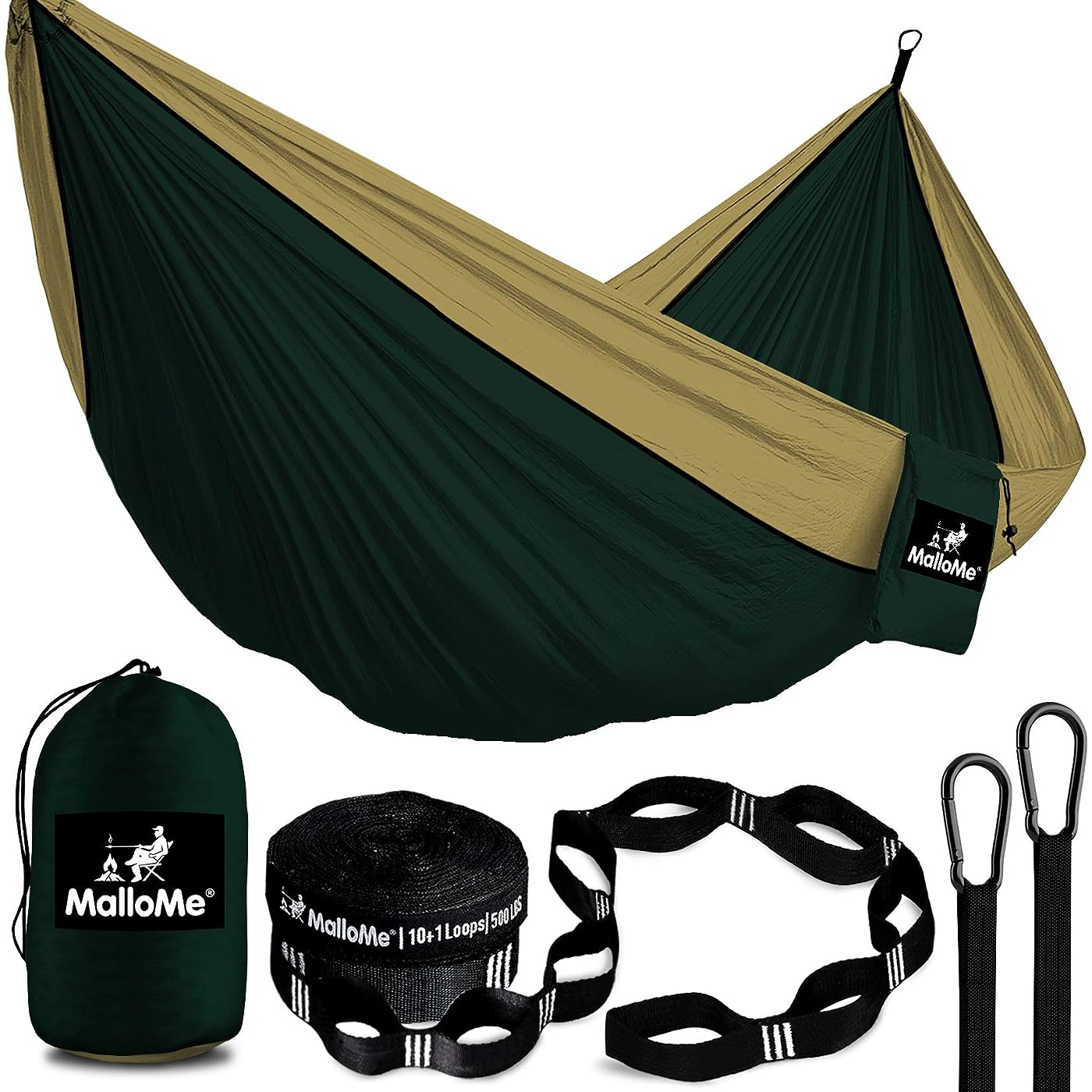 Hang Around & Catch a Great Nap When it’s finally time to kick your shoes off and relax in the shade, you don’t want to lay on the hard ground or sit upright in stiff chair. That’s why we created the MalloMe Camping Hammock range that lets you float effortlessly in the air, fully stretched out and embracing what true comfort means. Great for your backyard or camping trip, this portable, extra-large outdoor hammock helps your stresses fall away as you swing gently in the warm, summer breeze. XL Parachute Camping Hammock Single or Double Seater Ultralight and Travel Friendly (1 lb.) Tear-Resistant Nylon Single Hammock Size - 285 x 140 cm (112' x 55' )Double Hammock Size - 300 x 200 cm ( 118' x 79' )Max Breaking Weight: 1,000 lbs. Bigger, Stronger, Better MalloMe outdoor hammocks are specifically designed to offer superior comfort in every way. We used tear-resistant nylon because it’s stronger and more breathable; enhanced, ultra-strong straps to carry nearly 3x the weight of standard hammocks; and make it longer and wider to give you more room to stretch out, nap or snuggle someone. Quick & Easy Installation Along with our premium hammock you’ll also receive two high- tensile strength carabiners, premium rope, and a stuff sack; everything you need to hang it between two trees for the day and take it down quickly if you like staying on the move. What’s more, it’s so easy to hang, you can do it solo and it takes just minutes. The Pinnacle of Outdoor Relaxation Convenient for Travels Great for modern campers and travelers who value space and convenience, our camping hammock weighs about 1 lb. and fits in a stuff sack so you can use it almost anywhere. Heavy-duty Tree Straps Every hammock has end straps over-engineered for maximum strength. Hook them up to our MalloMe hammock tree straps with a total combined hanging strength of 1000 lbs. (500lbs per strap) for the perfect hang. Beautiful colors that last longer With many color palettes to choose from, you can perfect the art of relaxation in a hammock color that suits you. Our materials are fabricated for excellent color retention and fastness so you cozy up and enjoy that fresh brand new feeling for longer than your average hammock. MalloMe Hammock Straps Black MalloMe Bearclaw Tumblers MalloMe Single & Double Sleeping Bags MalloMe 4-Pack Multicolored Lanterns MalloMe 1L Camping Cookware MalloMe 32 Inch Marshmallow Roasting Sticks Upgrade traditional ropes with MalloMe hammock straps Leak- proof travel tumblers to keep your morning coffee warm Ultra-comfy lightweight sleeping bags for a good night's sleep Reliable, weather-resistant, perfect for outdoors and emergencies 10-pc collapsible campfire mess kit to take wherever you go The ultimate outdoor smores maker for both kids and adults 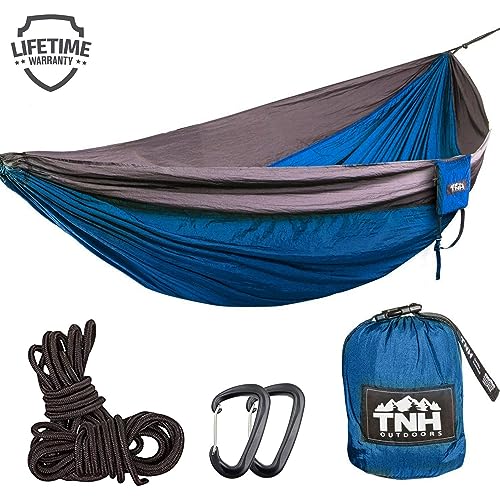 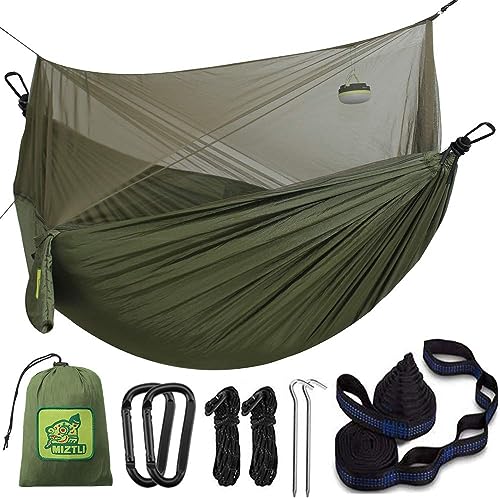 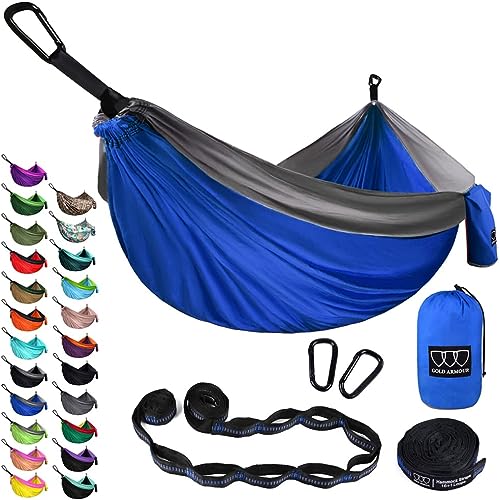 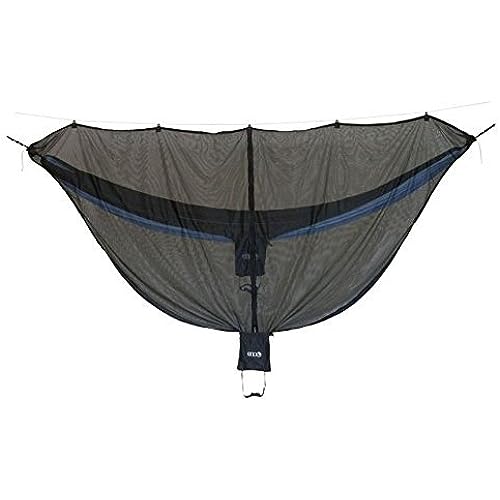 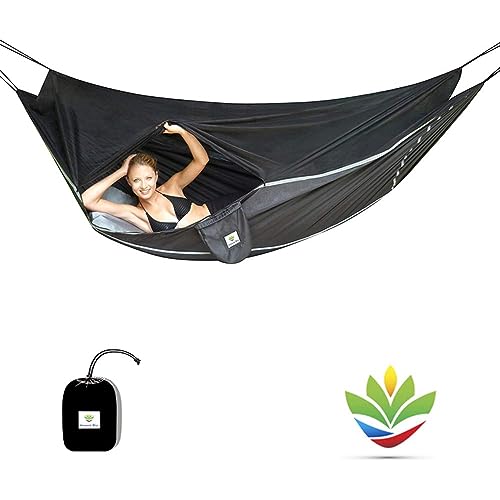 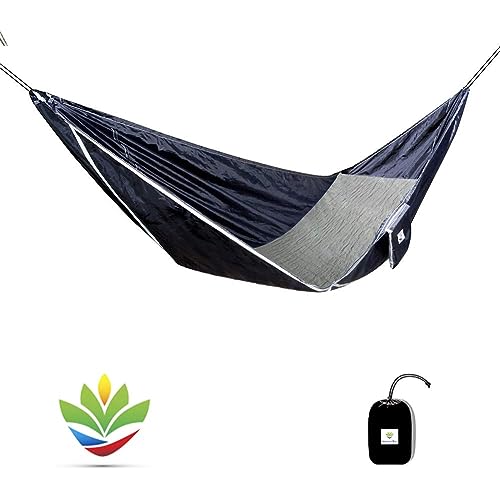 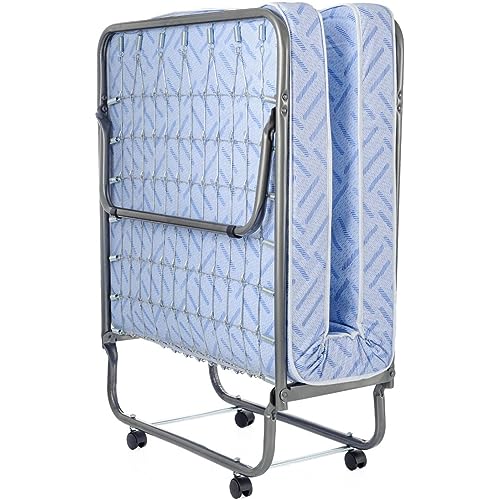 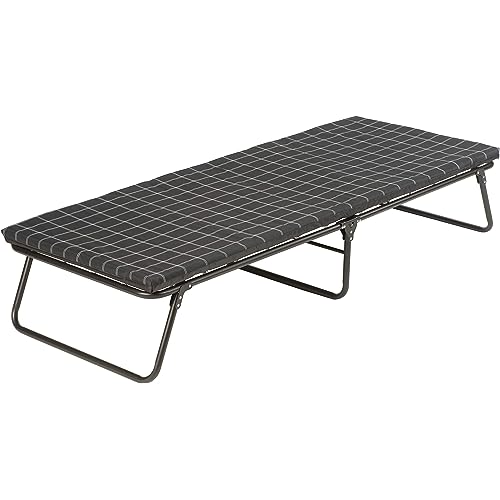 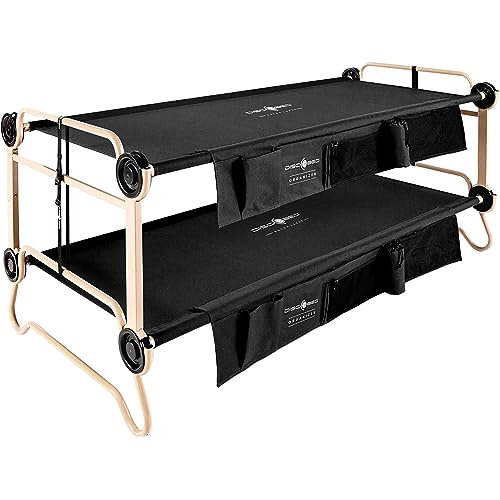 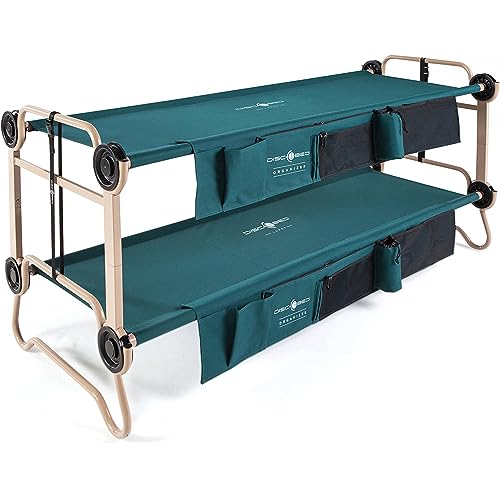 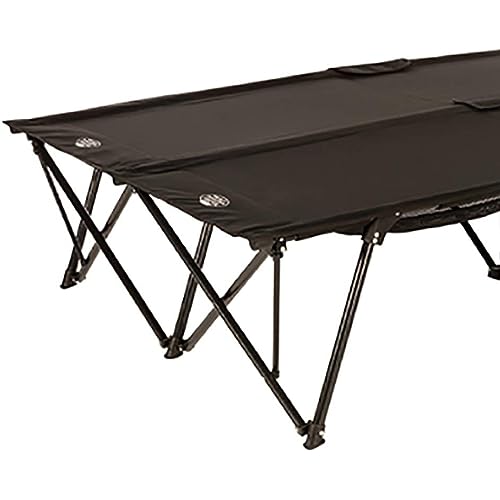 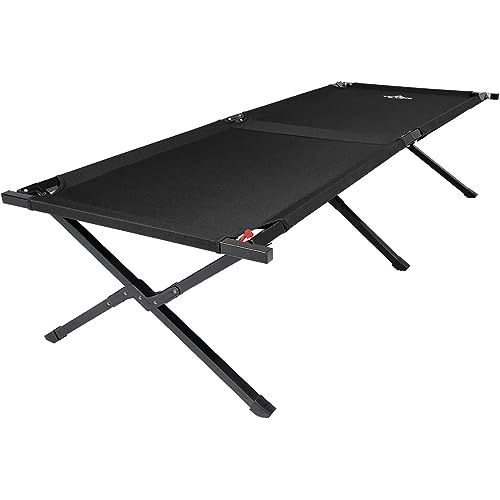 4.0 out of 5 stars | Wow
This review might be a little bias because I love hammocks. The double XL size is gigantic and comfortable for one person. I haven't tried 2 people in it yet but it would fit 2 probably not as comfortable. The straps are way to easy to set it up. The fabric is very breathable so don't expect it to keep you warm. The only thing that I am annoyed by is that tree sap sticks to the straps. Not sure if I could machine wash them. It's Easy to pack up and take with you anywhere. Please mark this helpful if it was helpful.
5.0 out of 5 stars | I'm a 6'3 man and can comfortably wrap the whole thing around me to form a ...
I write this as I sit in my orange and gray hammock. The material is absolutely solid and triple stitched for high breaking capacities. My first one came with rope. My second had the option to include straps. The colors are vibrant and the space is pleasant. I'm a 6'3 man and can comfortably wrap the whole thing around me to form a cacoon. If you are considering an ENO, buy this. It's way cheaper. I originally owned a green single nest ENO. Aside front he high cost, it was a solid product. This is even better with their choice if materials. I will certainly be a repeat customer.
5.0 out of 5 stars | IT HELD 600LBS GREAT!
Color: Navy Blue &amp; Sky Blue Size: Large
I bought one of these to see if it is as strong as they say. I am 350LBS and my wife is around 250LBS, We took these camping and to my surprise, it held up great! We really wanted to test it so we both sat in it at the same time and it still held us! I was amazed! I did purchase the extra straps from MalloMe that have the 1,00LBS holding strength which made the whole thing longer. I have only used it once but we will see how it lasts and holds up over time. I have purchased 2 more, so I highly recommend these!
5.0 out of 5 stars | Sturdy and spacious!
Color: Black / Grey Size: Large
We were going on a family camping trip and thought it would be nice to add a little something to our camping supplies. I ordered the hammock based on reviews and couldn’t be happier! The hammock is durable! At one point, all three kids were cozied up in the hammock and it was easily the most sought after item at our campsite. I loved that everything was included, the straps to adhere it to the trees had so many options to vary the height. Everything fit into the small compact bag that was attached to the main hammock. (Interesting enough, after it was used, it STILL fit into the tiny bag...genius!!) it was spacious for both hubby and I to fit and surprisingly enough, held both of our weights. Plan on purchasing a few more!
5.0 out of 5 stars | Withstands torture from children!
Color: Purple / Fuchsia Size: Large
6 months, 7 kids from 3-19 and even mom playing in this hammock- sometimes with CATS- and it's still going strong. Rambunctious is an understatement in this house. I think that pretty much says it all.
5.0 out of 5 stars | Nice big hammock.
Color: Dark Grey / Sky Blue Size: Large
I have a emo double best and decided to try this one out. It is bigger and a little longer than ge double neat. So far I like it as I’m sitting in it. I haven’t used the included straps yet as I already have my hammock ratchet straps in place. This will be left out in the weather 24/7. I will update if anything changes. I like the blue.
5.0 out of 5 stars | Great for college students and people on a budget. Highly recommend.
Color: Dark Grey / Sky Blue Size: Large
My favorite parts about this hammock that others done have is that the bag or folds into is stitched on so that I can loose it and that there is no need to use knots to secure it on a tree. They carabineers are on the hammock so there isn't a huge rush of losing them. The fabric doesn't easily absorb water aiding to heat retention and is most wicking. I did notice that the hammock isn't as big as other doubles and isn't as light as backpacking hammocks but it's still compact and light weight enough for car camping and days outside. It's sturdy enough to be used many times yet affordable enough for a college student. I haven't tried to get a mosquito net on it or tried to sleep in our yet but it looks quite promising. I'm excited for a warmer and longer outing!
5.0 out of 5 stars | Great!
Great! This was a gift for my daughter so we'd all quit fighting over MY hammock when we camp. She had trouble putting it up by herself (the black strap with the hook somehow un-fed itself through the top of the hammock) and came to me in tears saying it was broken, but it wasn't, just had to be fed back through. She and her sister played with it as vigorously as they usually do (swinging, fighting, etc) and all was fine. Very glad to have another hammock to keep them busy - and actually, since mine is an ENO single one I am now kind of jealous of the spacious double one. I might just 'give' the single to my other daughter and get one of these for myself.