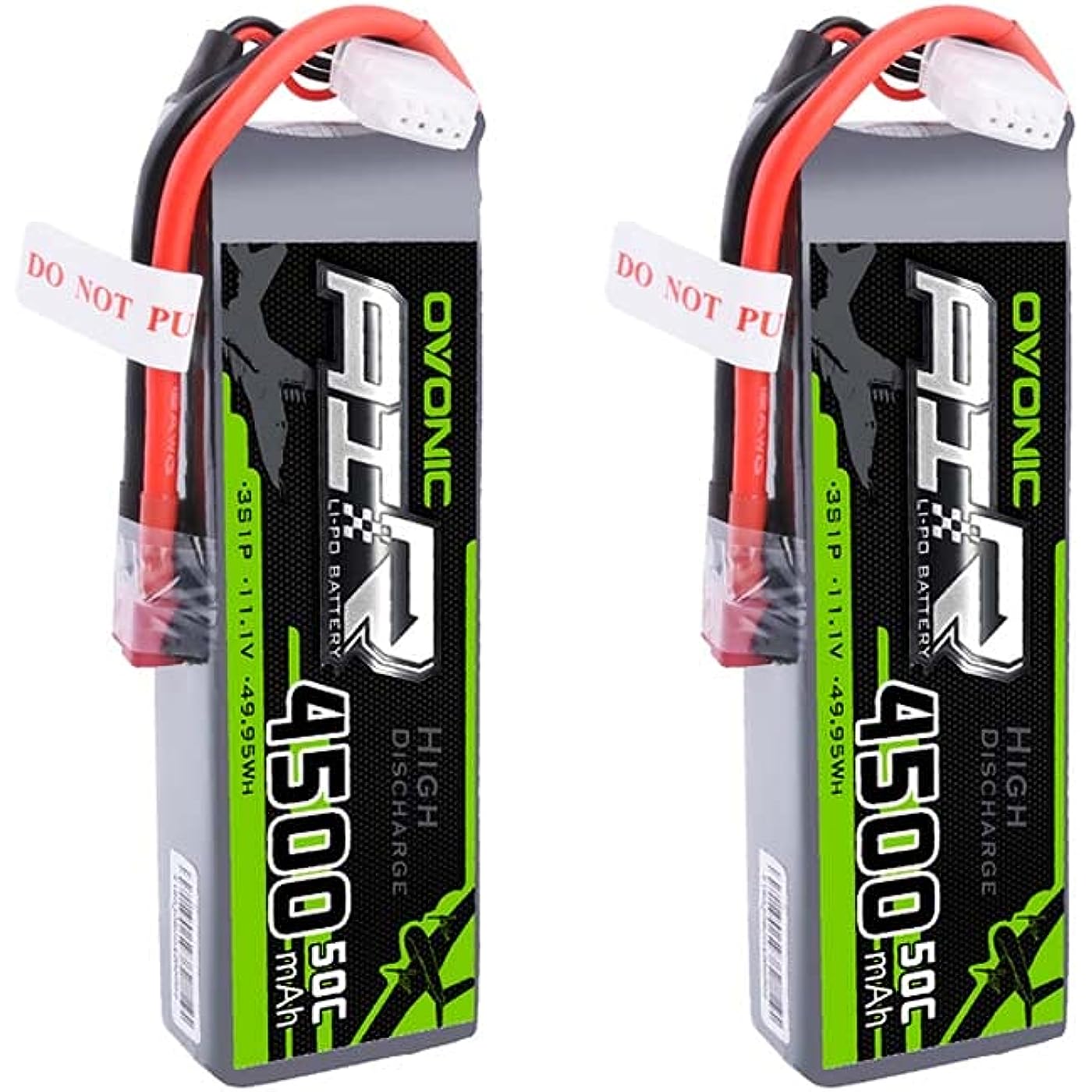 Checking for product changes
$60.99 Why this price?

As low as $10 / mo
Learn more
Free shipping on this product
Availability: In Stock.
Fulfilled by Amazon
Arrives Sunday, Jan 23
Order within 17 hours and 3 minutes 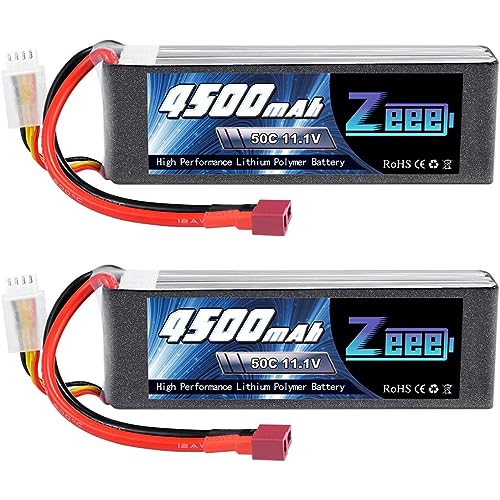 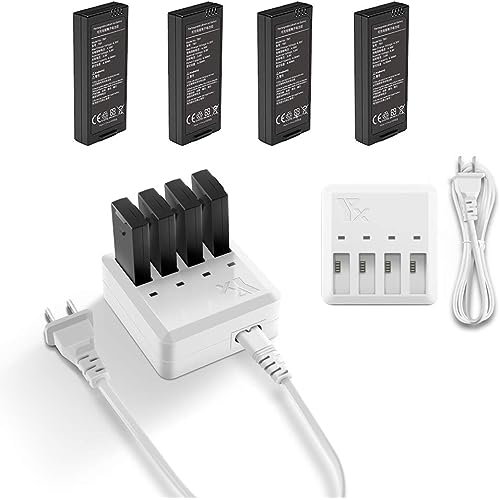 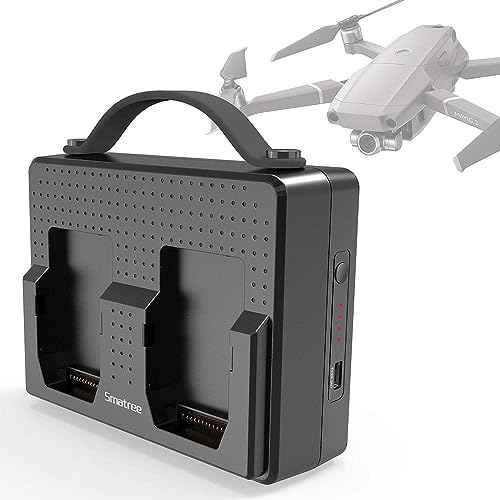 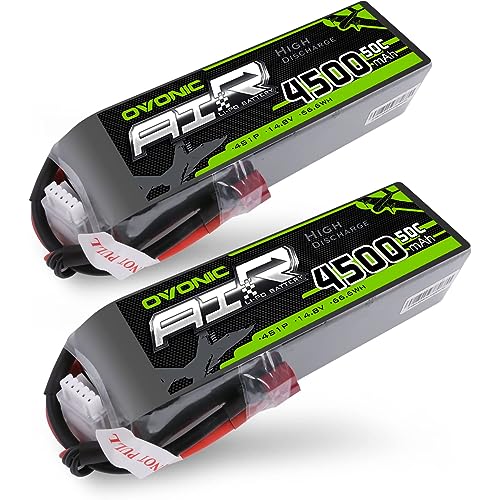 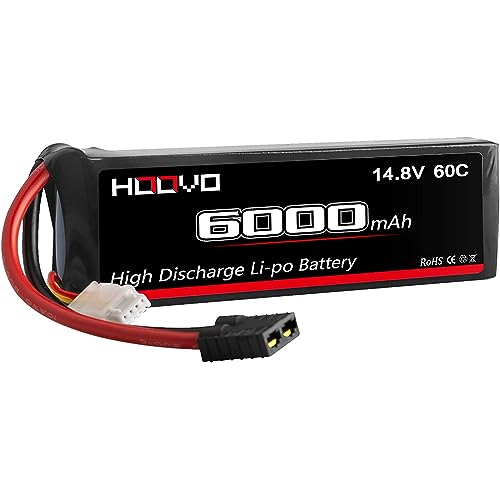 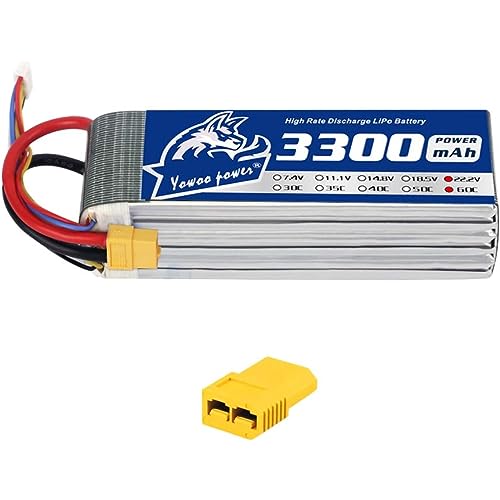 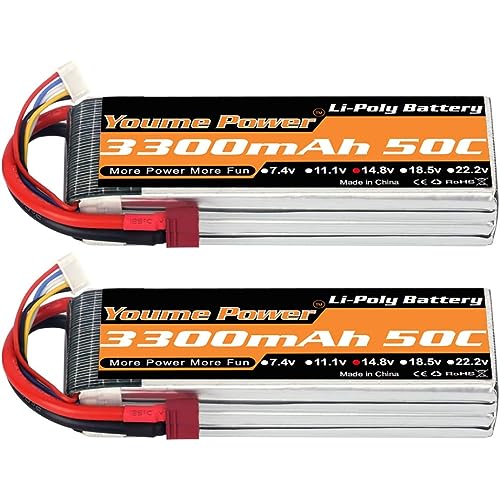 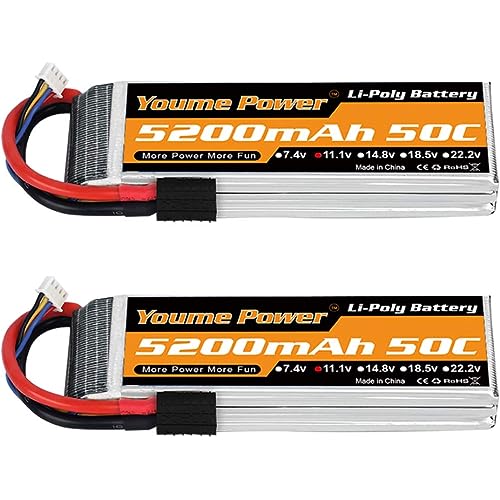 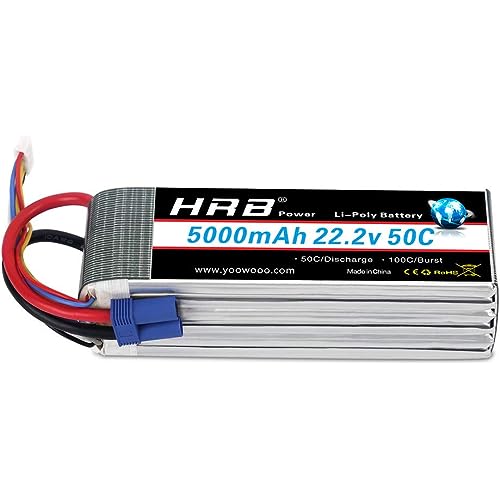 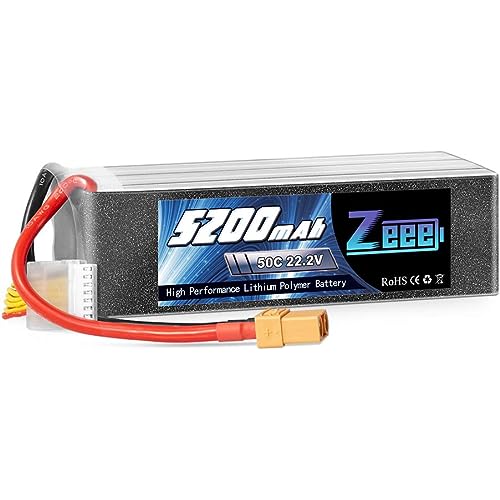 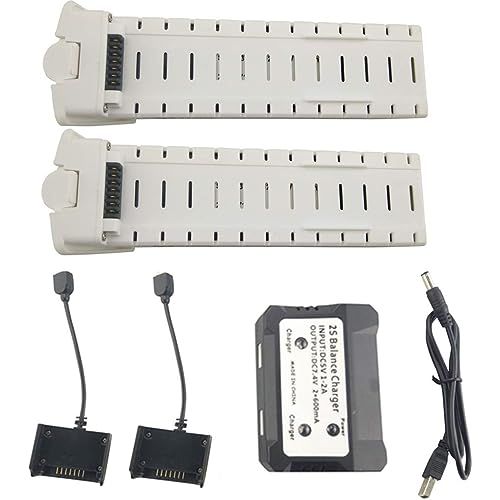 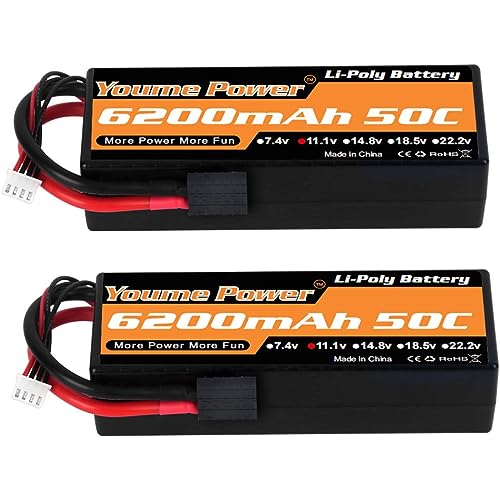 3.0 out of 5 stars | Wow.better than rated mah(for a while).Rimfire .46 loves these lipos.
I am using these with a sig something xtra.rimfire 46.using a series jumper.so both batteries at same time.supplying 6s power to the rimfire.lighter than my venom 6s(5000) lipo by 40 grams and I get 4 more minutes of flight time.seriously 4 more minutes.getting a whopping 13 minutes flight time.these batteries act like there 6000mah lipos.at lower weight,considering these are 50c cells and the venom has 30c cells.and half the price of my venom 6s lipo for two 3s batteries.ordering more of these.Will use these from now on.also see ovonic makes 6s lipo as well.Will be ordering those as well. update.i see price has increased my 10.00 on amazon.at these new prices there may be better out there.after a couple of flights these batteries no longer give long flight times.now I am down to 8-9 minutes like the venoms.which makes me leary on the overall quality.the venoms where always the same reliable flight times.this may pose a problem if your in the air and your battery suddenly dies.
5.0 out of 5 stars | strong batteries
i use these in several 1/8 scale monster trucks running 6s. they are strong and reliable and haven't given me any issues with puffing etc. don't be duped with that overpriced maxamps crap. i highly recommend these batteries.
5.0 out of 5 stars | My best lipos
These lipos are amazing. I have run at least 30 charges through each. And they are as powerful as day one.they push my max10 sct combo to its limit and the lipos nevee get warm. I dont see the need to purches any other lipo brand. These are my go to now
4.0 out of 5 stars | Good so far
Only used batteries one time so far in Habu STS jet. Picture shows airplaine and "Air" on batteries but the ones that I received say "Car" with a car picture on them. They do fit in the plane and worked fine first flight though (with ic3 adapter). Half price from the Spektrum battery that came with it but will have to see if they actually last. Does still seem to work with battery telemetry on the included transmitter for the plane but bought a lipo alarm anyways.
2.0 out of 5 stars | Inspect the batteries!!!!
I finally got around to using these batteries and once I started to charge them I noticed a piece of scotch tape covering a hole. It’s almost as if it was returned and the seller just put it back in rotation. On balance charge, it only goes up to 2100mah. Only reason why it’s getting 2 stars is because the other battery is actually fine. Buyers beware, check the batteries once you receive them. You get what you pay for.
5.0 out of 5 stars | GOATED
These batteries are the best batteries ever... and for only 70 bucks! We bought these like 6 months ago and they are still going strong.. if anyone is wondering if you have a vxl slash you can easily hit 65 mph.
3.0 out of 5 stars | Good but won't last
These batteries are ok. They gave a low voltage error on an arrma blx100 and after about 30 charges one cell died and the battery is no good now
5.0 out of 5 stars | Great for the money
I bought these batteries for my grandson's remote cars. He said they last longer than the original batteries.