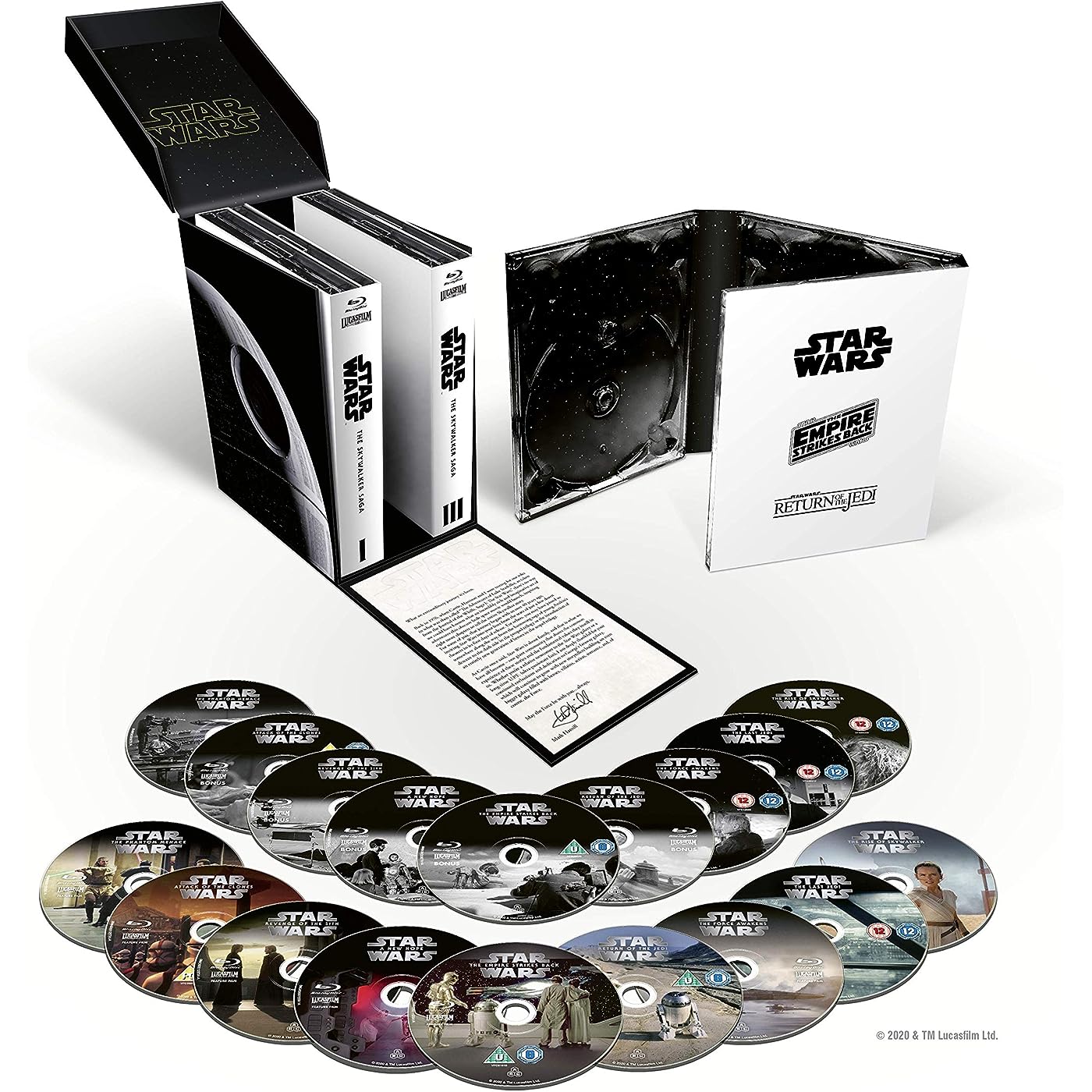 Star Wars: The Skywalker Saga boxset featuring all 9 Saga movies on Blu-ray with Bonus discs for every movie (18 discs).From young Anakin Skywalker’s descent to the dark side, to the rise of the Resistance and their struggle to restore peace in the galaxy, the story of a generation comes to a riveting conclusion. The saga will end. The story lives forever. Episode I: The Phantom MenaceJedi Knights Obi-Wan Kenobi and Qui-Gon Jinn rescue Queen Amidala, ruler of a peaceful planet invaded by dark forces. On their escape, they discover nine-year-old Anakin Skywalker, a child prodigy who is unusually strong in The Force.Episode II: Attack of the ClonesWhen Jedi apprentice Anakin Skywalker is assigned to protect Senator Padmé Amidala, he discovers his love for her…and his own darker side. Obi-Wan Kenobi uncovers a secret clone army as the galaxy marches towards full-scale war.Episode III: Revenge of the SithClone Wars rage across the galaxy. The sinister Sith Lord seizes control of the Republic and corrupts Anakin Skywalker to be his dark apprentice, Darth Vader. Obi-Wan Kenobi must confront his fallen friend in an epic lightsaber duel.Episode IV: A New HopeYoung farm boy Luke Skywalker is thrust into a galaxy of adventure when he intercepts a distress call from the captive Princess Leia. The event launches him on a daring mission to rescue her from the clutches of Darth Vader and the Evil Empire.Episode V: The Empire Strikes BackThe Rebels scatter after the Empire attacks their base on the ice planet Hoth. Han Solo and Princess Leia are pursued by Imperials, while Luke trains with Jedi Master Yoda. Luke battles Darth Vader and learns the shocking truth of his past.Episode VI: Return of the JediThe Empire prepares to crush the Rebellion with a more powerful Death Star. The Rebel fleet counters with a massive attack on the space station. Luke Skywalker confronts Darth Vader in a final climactic duel.Episode VII: The Force AwakensAs Kylo Ren and the sinister First Order rise from the ashes of the Empire, Luke Skywalker is missing when the galaxy needs him most. It’s up to Rey, a desert scavenger, and Finn, a defecting stormtrooper, to join forces with Han Solo and Chewbacca in a desperate search for the one hope of restoring peace to the galaxy.Episode VIII: The Last JediThe Skywalker saga continues as the heroes of The Force Awakens join the galactic legends in an epic adventure that unlocks new mysteries of the Force.Episode IX: The Rise of SkywalkerLucasfilm and director J.J. Abrams join forces once again to take viewers on an epic journey to a galaxy far, far away with Star Wars: The Rise of Skywalker, the riveting conclusion of the seminal Skywalker saga, where new legends will be born and the final battle for freedom is yet to come. Over 26 hours of BONUS FEATURES Episode I: The Phantom Menace bonus disc (approx. 181 mins)"The Beginning" Feature-Length DocumentaryGeorge Lucas On The Digital RevolutionAnd much more…Episode II: Attack of the Clones bonus disc (approx. 196 mins)"From Puppets To Pixels: Digital Characters In Episode II" Feature-Length DocumentaryState Of The Art: The Previsualization Of Episode II DocumentaryAnd much more…Episode III: Revenge of the Sith bonus disc (approx. 327 mins)"Within A Minute: The Making Of Episode III" Feature-Length DocumentaryThe Journey Part 1 & 2And much more…Episode IV: A New Hope bonus disc (approx. 101 mins)Aboard The Death Star OverviewDiscoveries From Inside: Weapons & The First LightsaberAnd much more…Episode V: The Empire Strikes Back bonus disc (approx. 125 mins)George Lucas On Editing The Empire Strikes Back 1979A Conversation With The Masters (2010)And much more…Episode VI: Return of the Jedi bonus disc (approx. 163 mins)Conversations: The EffectsDeath Star II Space Battle OverviewAnd much more…Episode VII: The Force Awakens bonus disc (approx. 149 mins)Secrets Of The Force Awakens: A Cinematic JourneyBlueprint Of A Battle: The Snow FightAnd much more…Episode VIII: The Last Jedi bonus disc (approx. 165 mins)The Director and the JediBalance of the ForceAnd much more…Episode IX: The Rise of Skywalker bonus disc (approx. 157 mins)The Skywalker LegacyPasaana Pursuit: Creating The Speeder ChaseAnd much more…

If you place your order now, the estimated arrival date for this product is: Feb 6 – Feb 10
Yes, absolutely! You may return this product for a full refund within 30 days of receiving it. 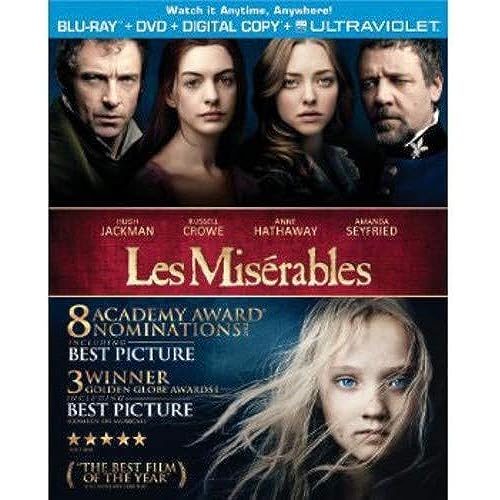 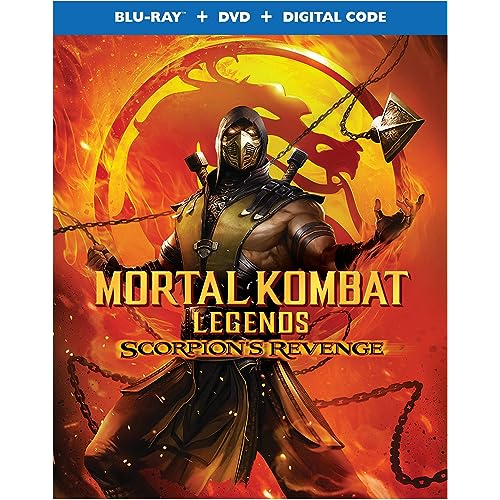 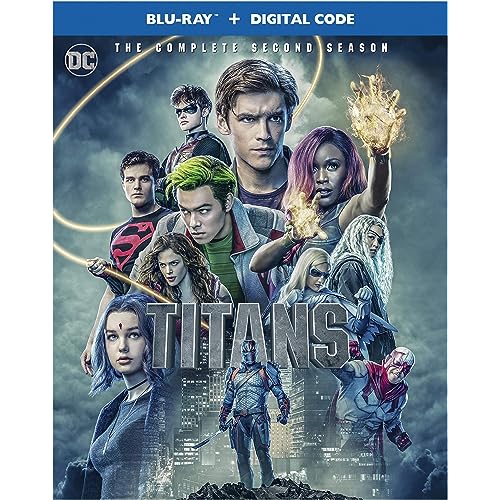 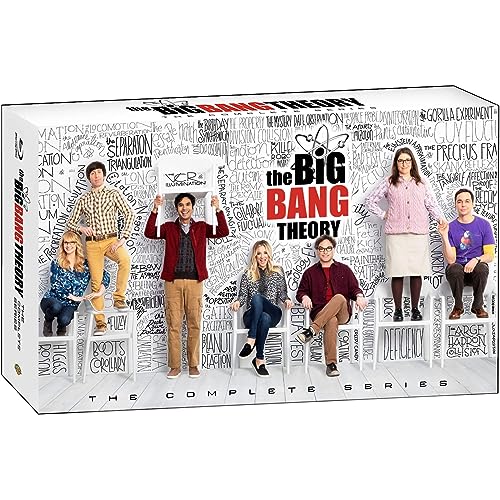 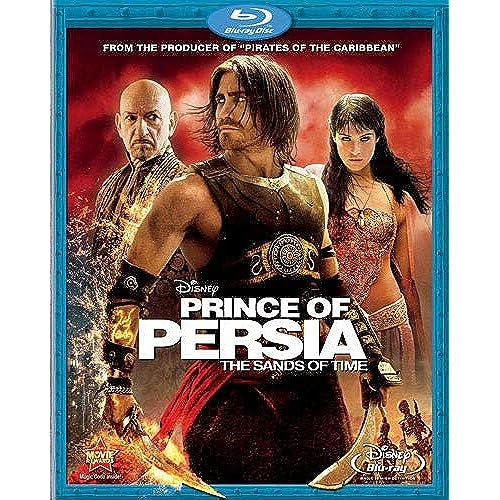 Prince of Persia: The Sands of Time [Blu-ray] 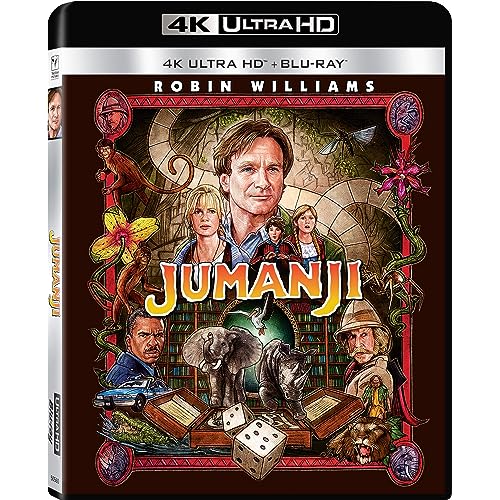 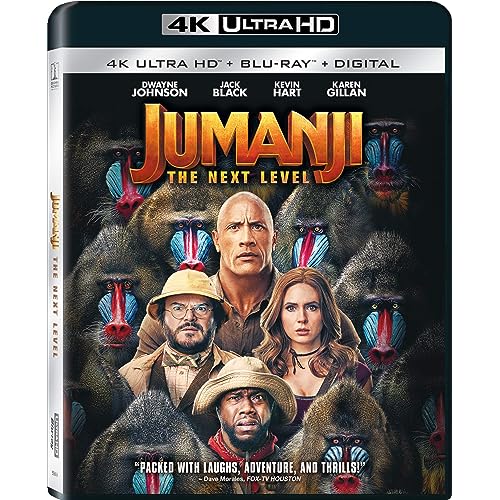 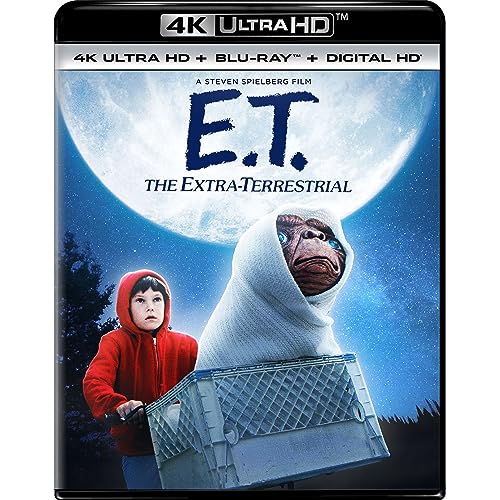 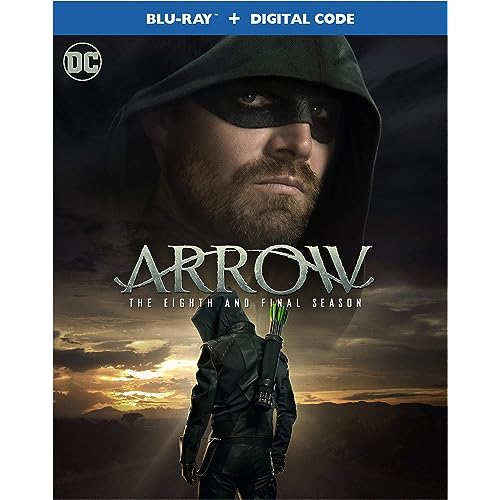 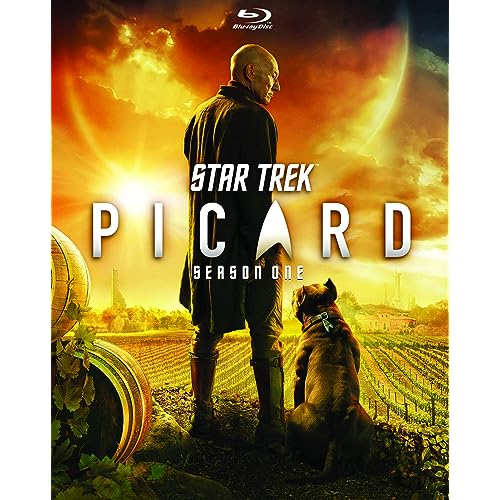 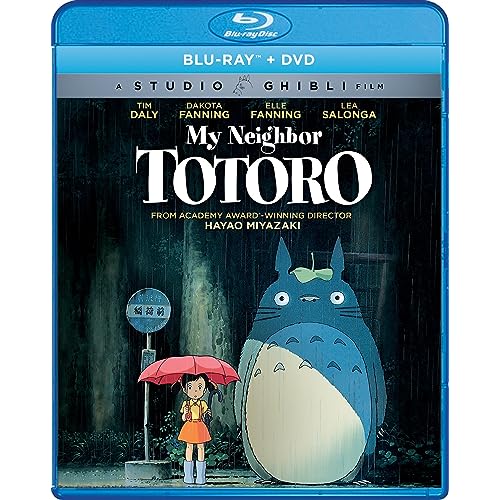 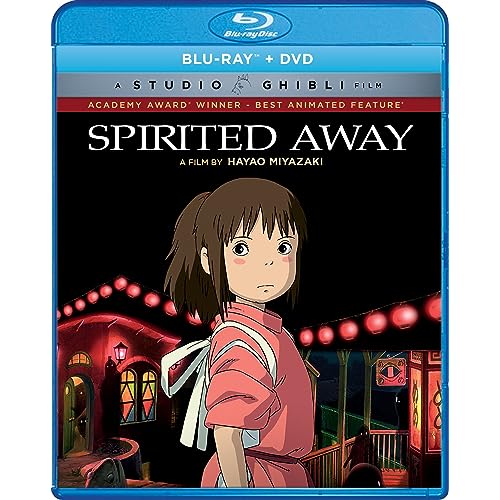 1.0 out of 5 stars | Region 2B / unable to play in US (region 1A)
DVD box-set came and it looks nice. But its coded for UK region 2B, not US region 1A. Nothing on Amazon product page NOR on box packaging indicates this. Response from vendor is they don't have 1A region (yea, no kidding). They suggest I can go online to find instructions to change (hack) my player to region 2B? (Note: this is not supported by manufacturer, and can be viewed as illegal in some places (bypassing piracy controls). So for them to suggest this is the resolution is curious. Sending it back, and ordering Disney + Note: there are apparently different packages - an 18-disc set (that costs a lot more) with bonus features and multi-platform support appears to have US support for region 1A. The 9-disc basic set (that costs less) is region 2B not region 1A.
5.0 out of 5 stars | The Most Ideal, Cost-Efficient Star Wars Collection
Here in the US, the only true means of getting the Skywalker Saga in one package is the Best Buy exclusive 4K/BD collector’s edition that’s pretty much housed in a coffee table book. The most recent Disney single releases only have the film disc and no disc for the bonus features. In doing research for a worthwhile set, this is the one that captured my intention. Despite being a UK Blu-ray set, the discs are region-free. They played perfectly fine on both my PS4 and my Samsung Blu-ray player. The price of the set is not bad whatsoever. It turns out to be way cheaper than the Best Buy set and even buying all the single releases altogether. If you are looking for a way to collect all 9 Skywalker Saga films at an excellent price, import this set. Now, the only thing I will double dip on in terms of the Skywalker Saga is a release of the original theatrical cuts of the original trilogy.
4.0 out of 5 stars | Not 4K??? What year is it? (Edited)
Quite disappointed when received this today and noticed is not the 4K version of the movies, but after thinking over, I’m not surprised with this kind of decisions, Disney is all for the money, we know Edit: Now after watched the first 2 (ep4, ep5), I’m not too annoyed that the whole bundle is not 4K, to be honest, those two I’ve seen so far look very good... so no regrets.
5.0 out of 5 stars | It is a true multi region bluray box set
Bought the 18-discs bluray box set on 3 June and received it on 10 June. It is a multi region bluray box set (Region A, B & C). No problem playing the movies on a Region A (Singapore) bluray player. Happy with the purchase.
5.0 out of 5 stars | Stars Wars 9 movie DVD set!
This is the ultimate set for the Star Wars fan. It includes all 9 movies in Blu-Ray. It is in an awesome boxed set. Inside each Trilogy has its own tri fold box. For each of the 9 movies , it has a bonus disc with all extras. Very nice, very well made, a fan must have.
5.0 out of 5 stars | Great Collection From A Galaxy Far, Far Away...
This was a gift for a relative, a life-long fan, in fact. By the craziest coincidence, his gift arrived as we were heading to San Francisco for the day. Wanting to surprise him and his family, I made a "mystery stop" just south of the Golden Gate Bridge for a unique experience. This is where the offices are of George Lucas' Lucasfilms offices. Overseeing the lovely plaza in front of these offices is a fountain with a stately Yoda statue. Thinking that Yoda might respond, he held his boxed set of "The Skywalker Saga" up to Yoda hoping for some sort of positive affirmation. It may have worked -- I was told that each and every BluRay movie seems even more FORCEful than any previous experience.
1.0 out of 5 stars | Does not work in US DVD players
I'm sure it works just fine in the UK, where it came from, but it does not work here. They don't tell you that, of course. When you try to return it you will have to pay postage to send an essentially defective item back to the UK. When you try to get Amazon to come thru on their "A to Z" guarantee, you will still be out of luck because Amazon says the item is "as described" because the seller didn't describe the problem that it won't play here. AVOID THIS SELLER AND THIS ITEM.
1.0 out of 5 stars | Knock-off fake item, terrible sound quality
The Blu-Ray disks are unwatchable. The video quality is excellent, but the sound appears to have been added later and the voice track is so muffled compared to the music that one cannot understand anything that is going on. I tried to watch with my kid - we lasted about ten minutes. I then tried with the other disks, wondering if it was just one bad disk, but it was the same with all of them.