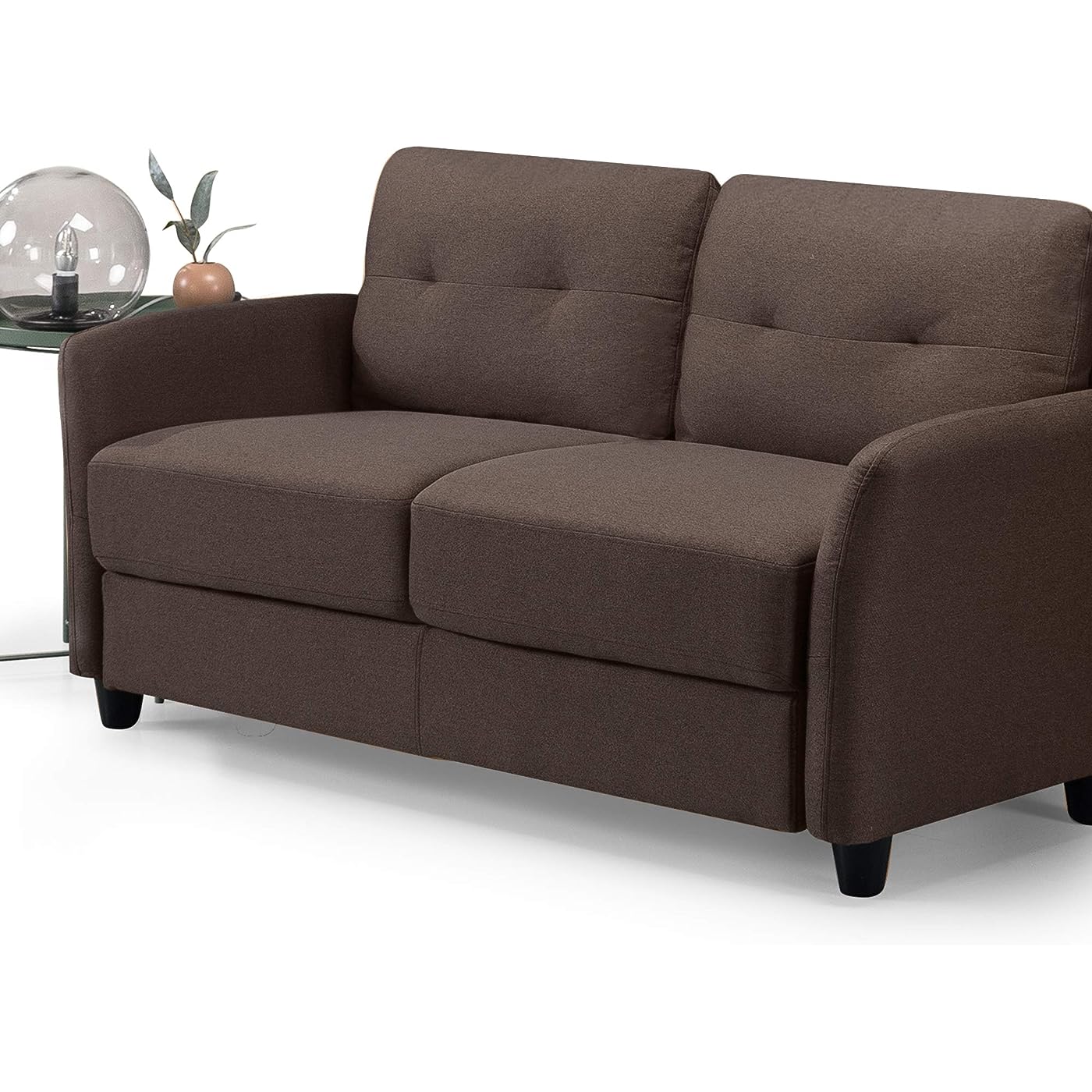 Checking for product changes
$418.58 Why this price?

Free shipping on this product
Availability: In Stock.
Fulfilled by Amazon
Arrives Monday, Jan 31
Order within 22 hours and 3 minutes

Color:Chestnut Brown | Style:Loveseat With its snug support and dapper demeanor, the Ricardo Loveseat checks all the boxes to become an integral part of your living area, office or family room. It’s crafted with subtle, stylish details like tufted cushions and flared arms, making it a piece that blends beautifully with your existing furniture, and fits especially perfectly into smaller spaces. Deep foam and fiber cushions are designed for comfort, and a sturdy frame wrapped in durable woven fabric (available in just about any color that strikes your fancy) adds longevity to this small yet substantial two-seater. And we’re not in the business of stress, so this loveseat is backed by our one-year worry-free , meaning you have one more reason to kick back and relax. Assembled and ready to enjoy in under 20 minutes, Ricardo knows how to complete a room you can be proud of.