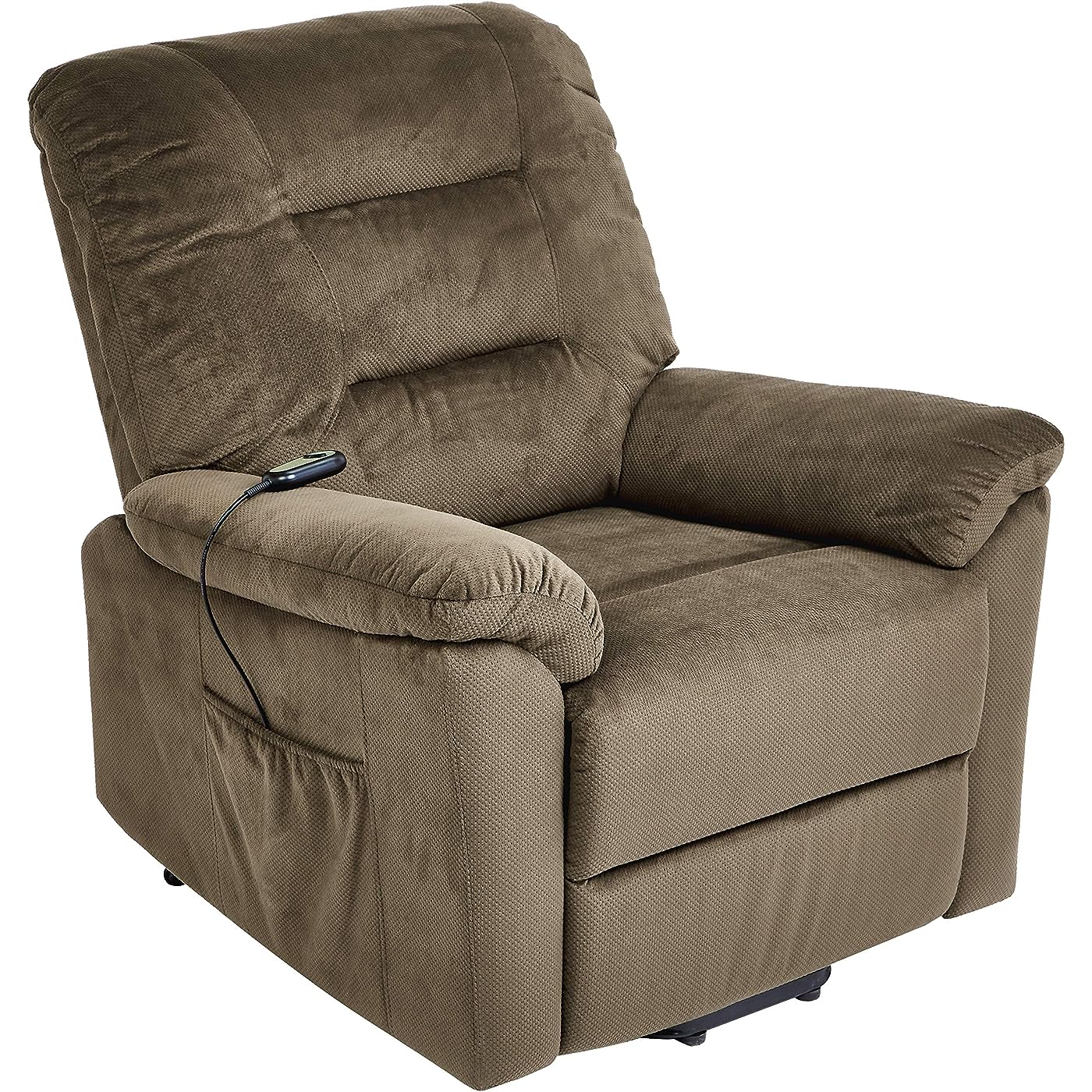 Checking for product changes
$572.86 Why this price?

As low as $48 / mo
Learn more
Free shipping on this product
Availability: Only 5 left in stock, order soon!
Fulfilled by Amazon
Arrives Sunday, Jan 30
Order within 9 hours and 11 minutes

Enjoy ultimate comfort and reliable performance with the Olbia collection of furniture from JC Home. Designed with the user in mind, the collection offers furniture that not only enhances everyday living but also infuses a graceful sense of style into any space. Pieces in the collection typically work well in a living room, family room, den, bedroom, or office.

5.0 out of 5 stars | MAKE SURE ALL THE PARTS FIT!!
The plug in connector to the wall was not the one that comes with the chair so now I have a chair with no power that the function for which I bought does not work. I bought the chair so I could sleep in it since I recently had elective surgery and cannot sleep flat on the bed....so using the recliner for the next three weeks would have been heaven sent.
5.0 out of 5 stars | Great chair!
My father in-law loves his new chair, and it gives us a peace of mind that he can get out of the sitting position more easily and safely
4.0 out of 5 stars | Good value
This chair is doing the trick. My dad was struggling to get out of his other recliner and also had a hard time raising the foot rest. The automation gives just the assistance needed. It would be nice if the foot rest would raise a little higher but is does reach the height of most normal recliners.
3.0 out of 5 stars | uncomfortable
Chair is well built but have issues with footrest in recline position does not straighten feet are at a down angle unless in full recline nice chair but would send back if I could. Chair came in a cardboard box with no reinforcement box totally unusable to send anything back learned my lesson on ordering chairs on line.
4.0 out of 5 stars | Decent chair for the $. Damaged tho.
Update: it has been 6 months & the motor isn't working. It arrived from an Amazon delivery truck. The driver & passenger did a great job putting it into the room. And then I unboxed & it was damaged on the lower front part of the arm. Just such a bummer when everything else was seamless. Dad-in-law is still happy. Its not a huge chair, so big & tall guys, this might not be for you. The controls are easy. Putting it together was crazy easy.
1.0 out of 5 stars | Do not buy, broke quickly
Broke very quickly, and had a hole in the bottom that four coil springs came out of, returned
5.0 out of 5 stars | Best recovery/sleep chair after hip replacement surgery
This was part of my rehab after Hip Replacement. I am not sure how I would have slept without it
3.0 out of 5 stars | Seat slides while lifting up!
On the small size. Seat cushion slides while chair is lifting up which can be a problem if you don't have shoes or slippers on because your feet slide too! Would not buy again. Unfortunately I was in a situation where it was needed right away.