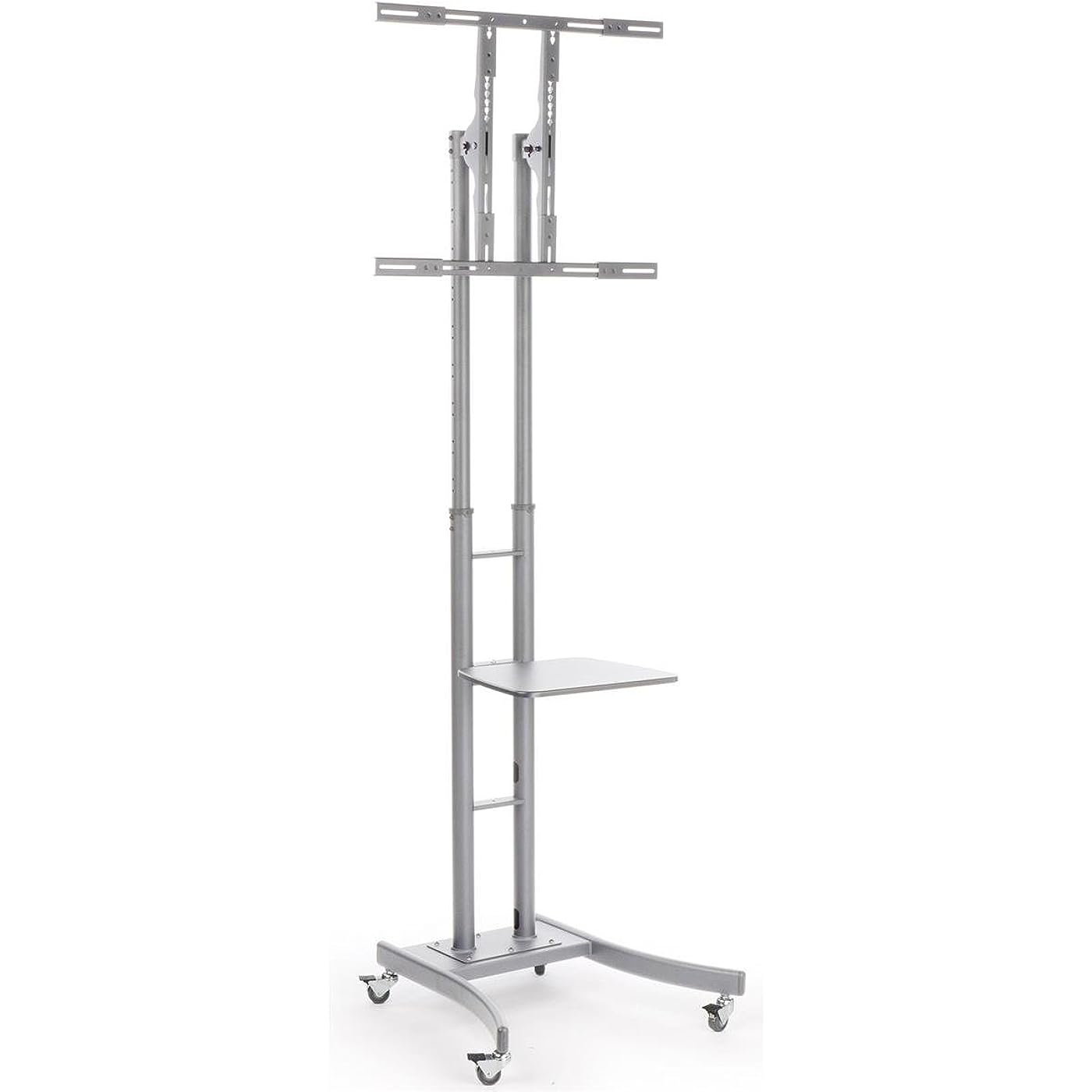 Checking for product changes
$693.99 Why this price?

As low as $58 / mo
Learn more
Free shipping on this product
Availability: 13 left in stock
Fulfilled by Displays2Go
Arrives Jan 25 – Jan 27
Order within 20 hours and 24 minutes

This portable TV stand is equipped with 4 locking wheels for effortless repositioning throughout a room. Once a destination is reached, simply lock the wheels for added stability. The portable TV stand has a height-adjustable design with 10 positions at which the brackets can be set. The lowest height is 55 inches while the tallest the fixture can be is 90.5 inches tall! This portable TV stand is designed to hold a flat-screen LCD, plasma or LED monitor between 32 and 65 inches. Please note that the floor-standing fixture can only accommodate up to 175 pounds. The portable TV stand is equipped with a VESA compatible bracket for the following measurements: 200x100, 200x200, 300x300, 400x200, 400x400, 600x400, 800x400 and 800x600. Please review your monitors VESA mounting pattern before placing an order. The tilting bracket includes extenders for accommodating larger-size monitors in horizontal orientation. The shorter mounts work best for portrait monitors. The portable TV stand is provided with an optional display shelf that measures 19.625 inches wide. Why not use the shelf to display product samples during a presentation or to hold electronic accessories, such as a DVD player or laptop computer? Another great feature of this mobile TV stand is the hollow tubing through which wires can be threaded. Not only does this keep a presentation looking professional, but it will also prevent cables from becoming tangled. The wires will also be more organized, which will prevent injuries. The mobile TV stand ships unassembled to lower costs. 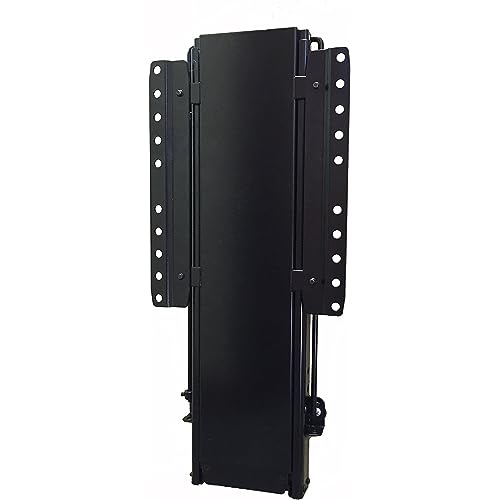 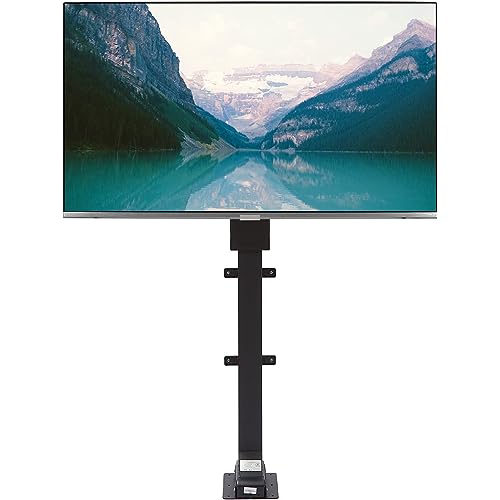 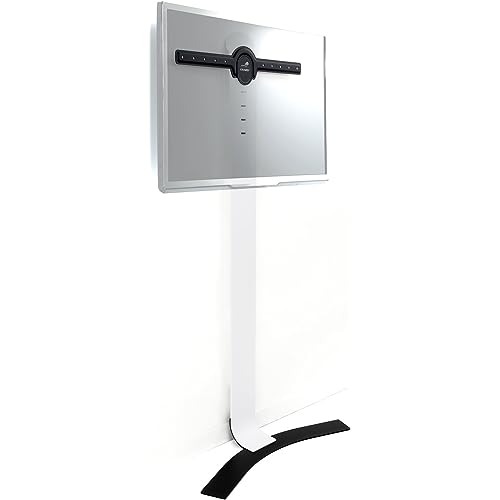 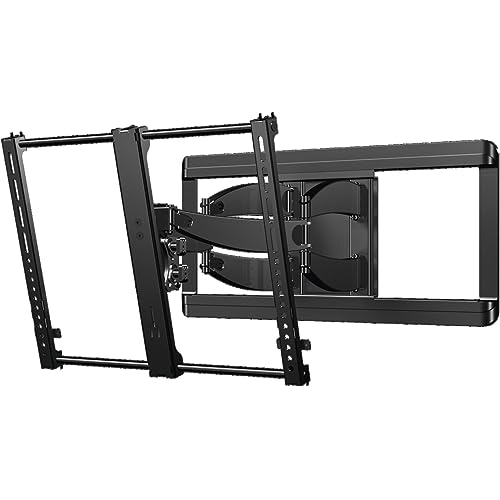 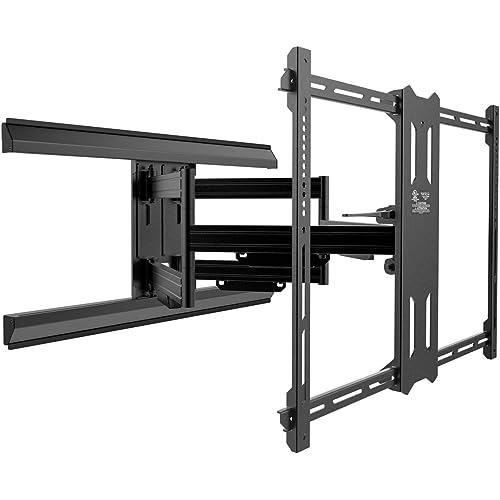 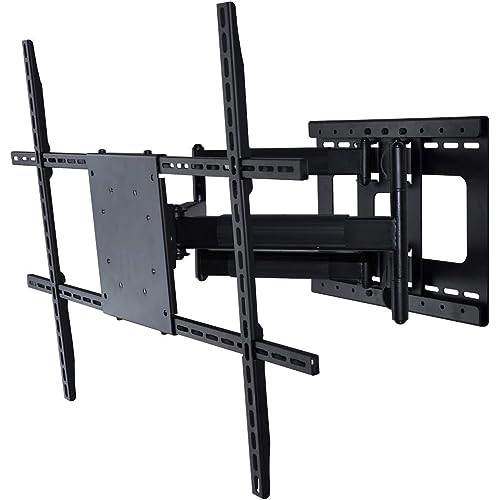 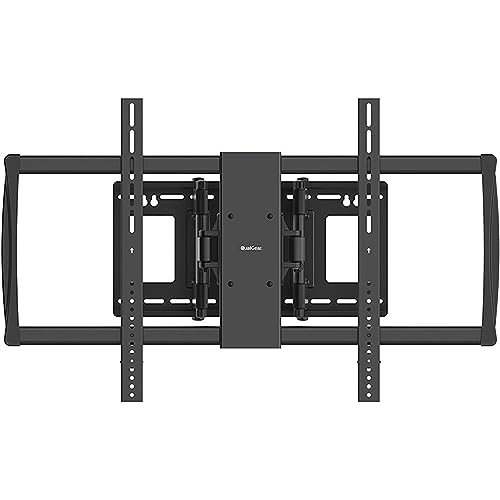 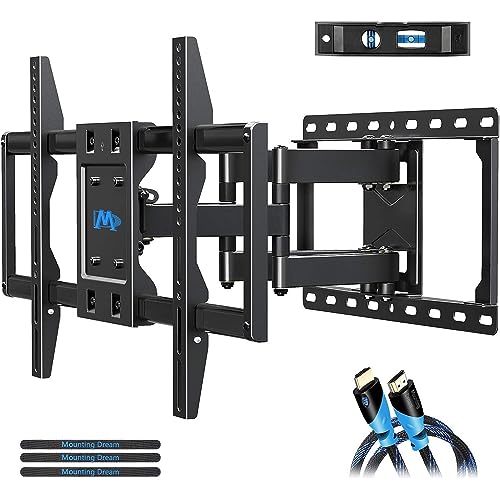 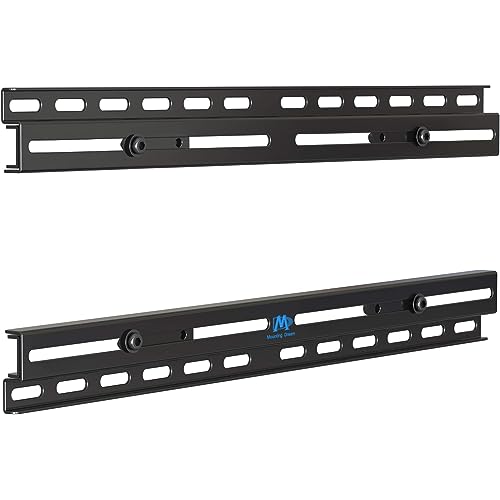 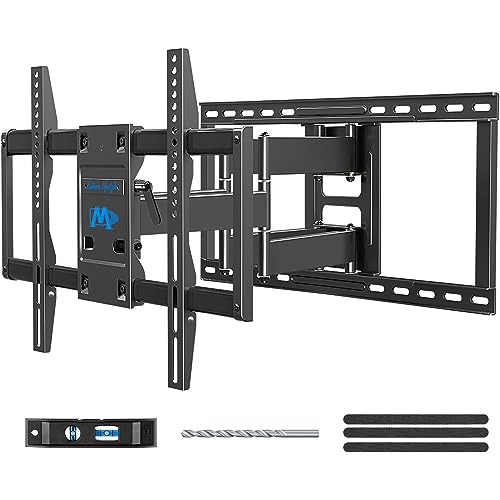 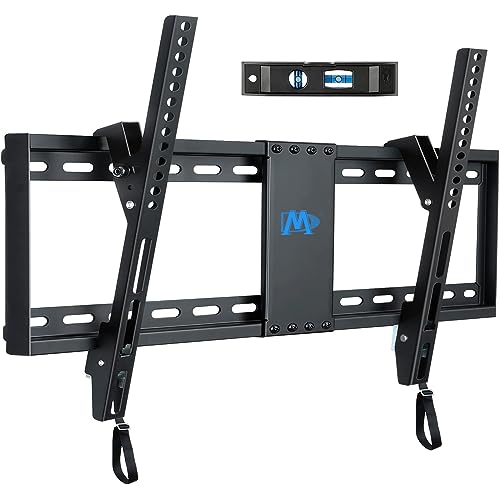 5.0 out of 5 stars | An absolute beast of a media stand.
Top to bottom this thing is HEAVY, sturdy, and built to last a very long time. Aluminum stands are fine, but there's really no substitute for steel. Quality hardware and construction from the main beams, to the welds, to the bolts and the casters--only exception is the shelf which is attached with a single bolt and is designed to swivel (I guess); the shelf itself is solid but the way it attaches is kind of iffy and I wouldn't put anything on there that's more than 7 or 8 pounds. I use this stand at home for a 55 inch TV and the stand is very well balanced, glides easily, and holds the 45-pound display without breaking a sweat. I chose this model specifically for the height-- it goes all the way up to 92 inches from the floor to the center of the display, which is very uncommon and creates an awesome viewing experience wherever it's placed. One other thing-- the instructions are lousy. The bolts are not labelled very clearly on the instructions, nor are there labels on the part packages which are included(!) and to a novice like myself, this was fairly confusing. You kind of have to squint to figure out what's what. Once it's built though, excellent product.
5.0 out of 5 stars | Pleasantly Surprised
We bought a new 70" flat screen tv for our conference room, only to find out that we could not mall mount it (as we had our previous, smaller tv) due the fact we had metal studs. I had to find a solution quickly. I came across this listing, but frankly was skeptical based on the photo. It did not look very sturdy to me, and I was afraid a large tv like ours might make it top-heavy and unstable. But due to my lack of options, I ordered it anyway. It took awhile to put together, but the instructions were pretty clear (mostly pictures). Because we didn't need any of the extensions (for height or width) we had a lot of hardware leftover, which can sometimes be unnerving, but these were clearly marked as optional parts. Now that it's all assembled and the products are mounted, I'm quite impressed with the design. The legs are hollow and designed to help with cord management. The shelf is quite sturdy. It moves easily (and gives no feeling of instability due to top-heaviness). In fact, now that I have it, I prefer it to a wall mount for our application. This really is a well-designed, sturdy product that looks very contemporary and stylish once everything is in place.
5.0 out of 5 stars | Just what we needed!
Works great for our 80" HDTV used in sanctuary for worship service. Surprisingly stable even with such a large TV displayed at the maximum height. My husband is fairly handy, and had no problem with assembly and mounting the TV (with some help lifting it in position). Not something we plan on wheeling around a great deal, but it's nice to know that it's possible if the need arises.
5.0 out of 5 stars | but this stand did amazing. It is very sturdy and with the locking ...
We bought and 80" TV and wanted to be able to move it around. I was a bit concerned with size of the TV that any stand would hold it, but this stand did amazing. It is very sturdy and with the locking wheels have no concerns. The instructions are not very clear and they could do a better job marking all the bags of parts with the numbers on the instructions. The amount of parts included was a bit daunting at first, but in the end we didn't need all the extensions and therefor the extra bags of bolts, etc. This is a very well made product and would definitely recommend!
5.0 out of 5 stars | Really, really tall
This thing can go pretty tall. It is very sturdy steel construction that leaves no doubt it will support whatever weight you throw at it.
5.0 out of 5 stars | Built like a tank!!! Pew pew
No complaints at all! Bought this to display things at trade shows and its built like a tank strong and sturdy!
3.0 out of 5 stars | Sleek and functional but cords don't go through tube like described.
Description says you can run the wire through the post - but you cannot!! I've tried and even write the company but no options seem to exist. The opening that the wires would come through is blocked by the interior pole. Very functional and sturdy though.
5.0 out of 5 stars | I like this very much
New house with all windows and no where to hang the 70" TV. I like this very much. The modern look fits in my house and is super sturdy! Great purchase, great price.