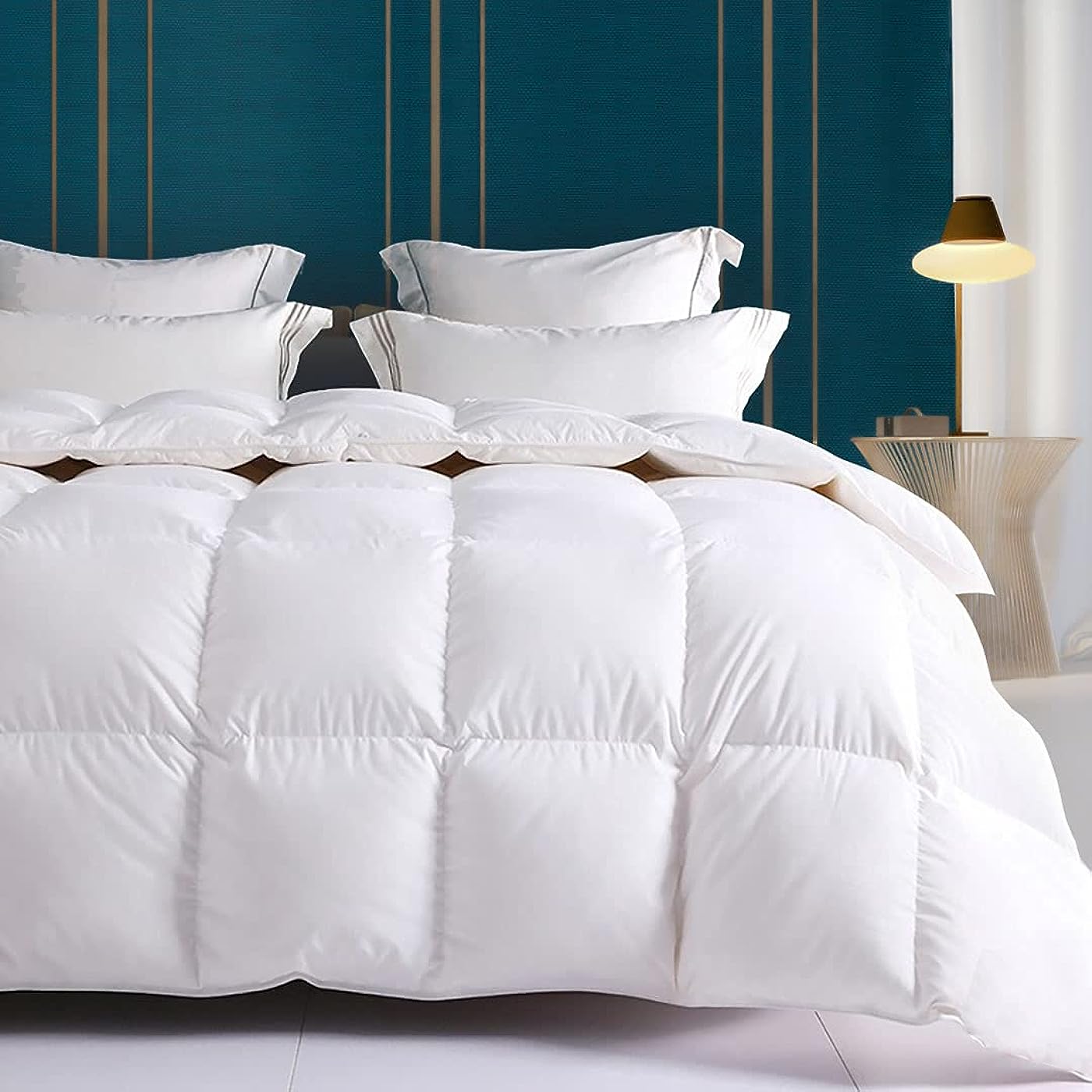 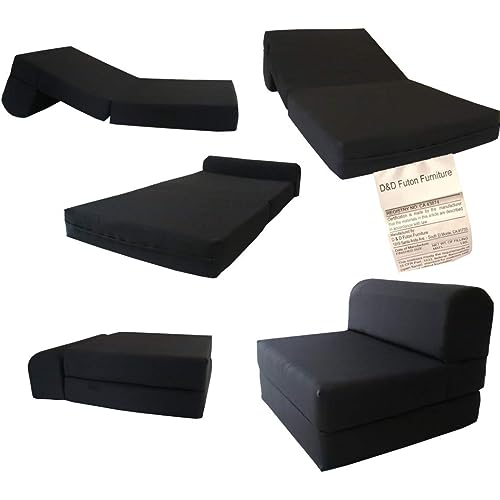 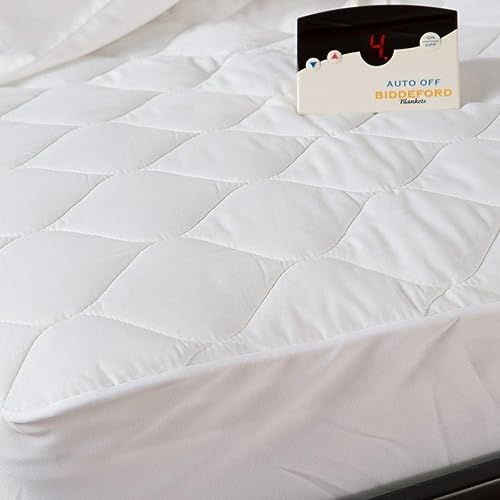 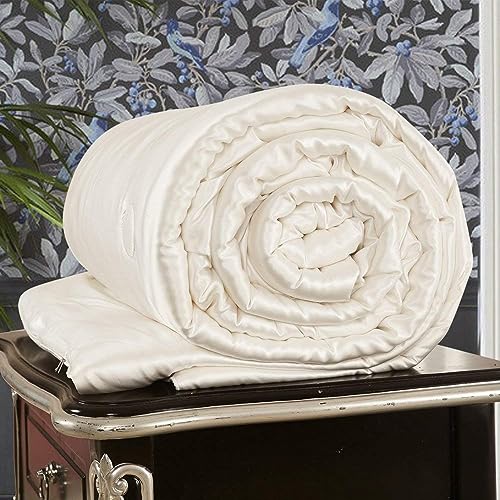 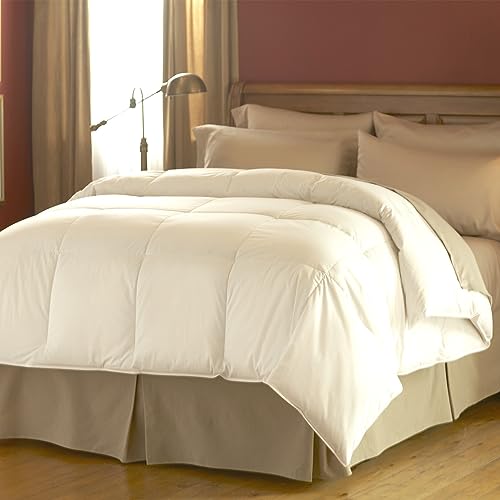 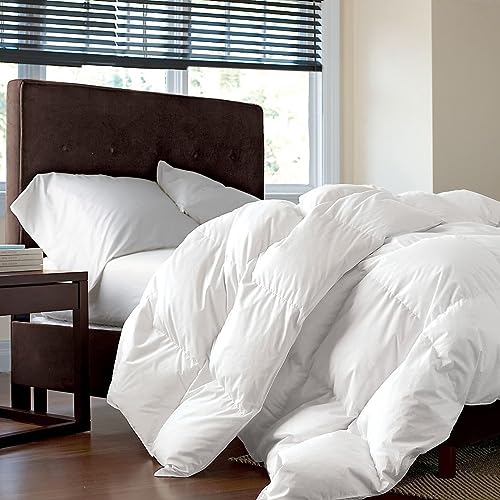 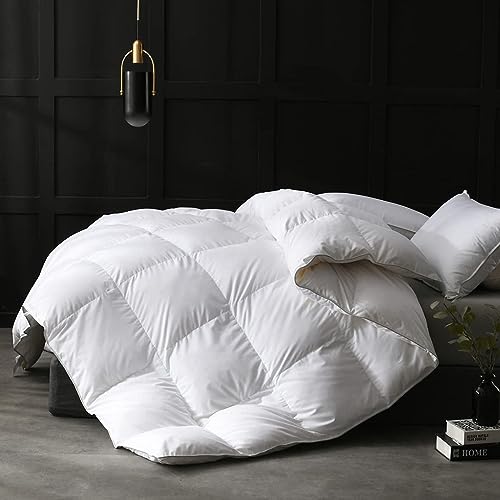 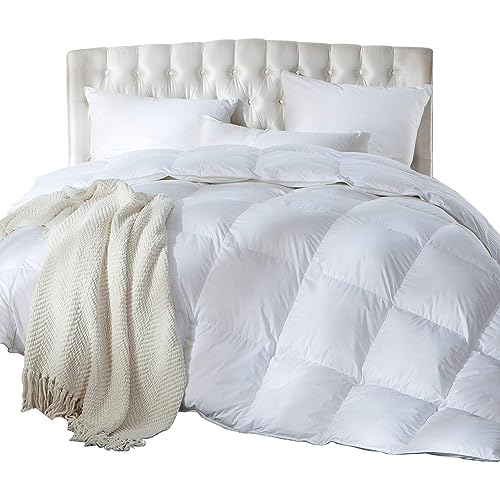 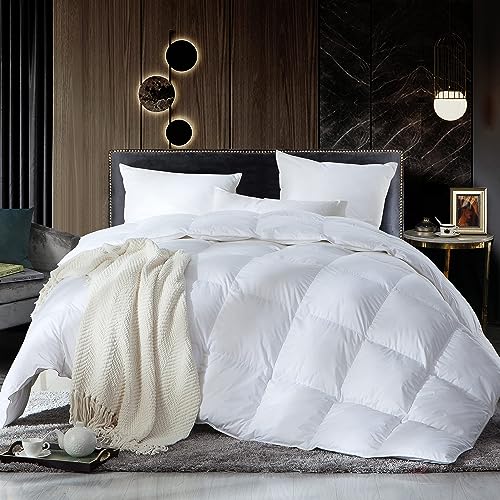 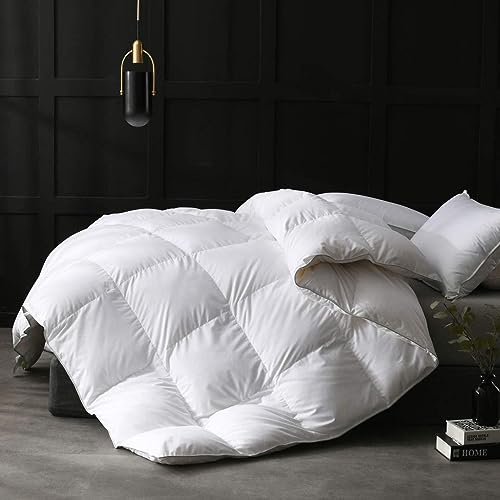 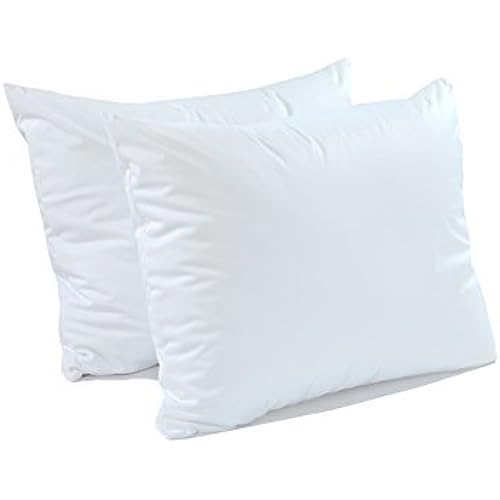 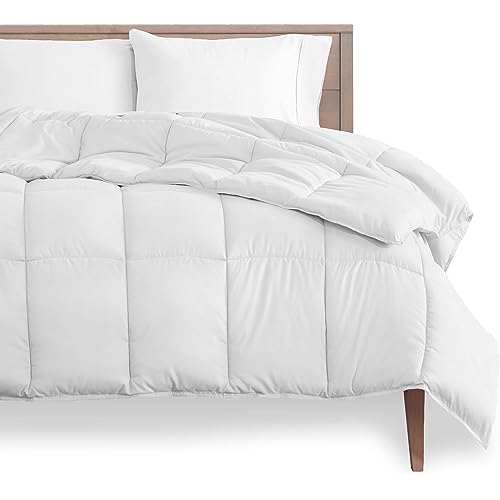 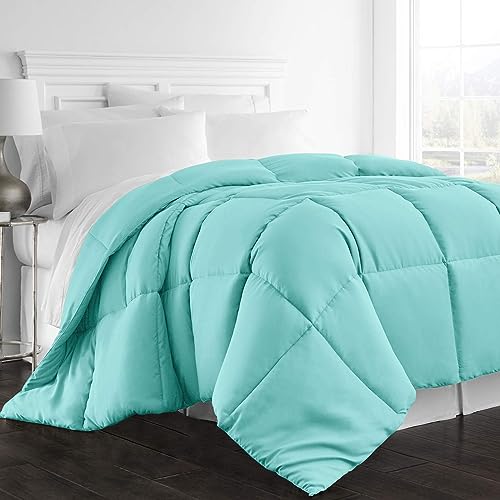 2.0 out of 5 stars | Poor fill job. Pictures misleading
Disappointed. The images on Amazon are misleading. For the amount of money I paid to have it filled with pure down I found it is filled with down AND feather as states on the tag but advertised as down only, and that’s not any different from other cheap ones. And the fill job is quite poor as seen on photos. It is easy to observe if put up against light. Ugh
4.0 out of 5 stars | Wouldn’t Consider This All Season
Size: Full/Queen Color: Ivory
Definitely not all season! It’s fine for the winter months but if you’re a hot sleeper I really wouldn’t recommend. Other than it not being light weight it checks all other boxes. It’s soft and comfortable and fluffy. I threw mine in the dryer for 15 minutes on low right after opening and it fluffed up pretty nicely. But if you don’t like the crinkling sound down comforters make you might not like this one. Overall for the price it’s pretty good but as soon as spring hits i’ll be switching back to my normal comforter.
4.0 out of 5 stars | Warm & fluffy!
Size: Full/Queen Color: Ivory
I was initially disappointed in this because it was pretty flat, even after leaving it out for a few hours. However, I read the directions and put it in the dryer on cool for 10minutes - fluffed right up! It’s very cozy and warm. I had to remove the extra quilt from my bed and stop bundling up at night time bc it provides a lot of warmth. I currently have flannel sheets on my bed but hoping it won’t be too hot in the summer.
5.0 out of 5 stars | Everything I wanted and more!
Size: King Color: Ivory
So warm and comfortable to sleep under. I paired it with a Duvet Cover which keeps it clean and in place, I highly recommend doing this. The weight of the comforter is perfect, not too heavy but enough weight to keep it from shifting around and provides light pressure which has helped keep me asleep!
5.0 out of 5 stars | Highly recommended it.
Size: Full/Queen Color: Ivory
It was a gift for my niece and she loved it. It kept her warm without being to hot for the cold days in Oregon.
5.0 out of 5 stars | Five stars across the board!
Size: Full/Queen Color: Ivory
We've had lots of these between Canada and New Jersey, etc. Finding the right one for the South had been trying, but we have now found the perfect southern comforter! Five stars across the board!
2.0 out of 5 stars | Runs small/no good
It is not a king size… i actually went up a size based on a review and it is still too small. I used it for a king size pottery barn duvet. Super disappointed.
1.0 out of 5 stars | Not as described!
Size: King Color: Ivory
Not as described or pictured. There was no baffle construction in this comforter. Not soft. Unfortunately I am stuck with it because I never saw it until after my daughter opened it and laid it out on my bed.